Greenwashing: Why brands should get their houses in order now 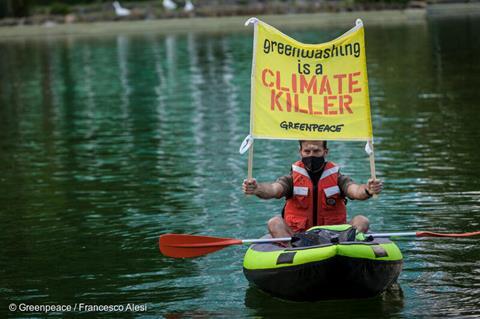 Press and popular campaigns against primary polluters have gathered momentum

The UK’s consumer protection watchdog, the Competition & Markets Authority, is on the warpath. In draft guidance published last month, it took aim at the use of misleading environmental claims – so-called “greenwashing” – by consumer-facing businesses and their supply chains.

The new guidance seeks to clarify the existing law (rather than changing it) by establishing a set of “practical principles” that should underpin any claims to eco-friendliness. These include a requirement that claims consider the full lifecycle of a product and that any comparisons are “fair and meaningful”.

While the guidance also applies to manufacturers and suppliers, it will ultimately be up to retailers to satisfy themselves that claims communicated to customers on product packaging and promotional materials are accurate and not misleading. Unless they have a direct role in the manufacture and distribution of products, retailers are not well-placed to verify compliance with these principles, but could still be left vulnerable to claims of greenwashing.

The draft guidance is now out for consultation, with responses due by 16 July. The CMA has specifically asked for views on whether any sectors should be given “special treatment”, but any suggestion of a more relaxed approach to retail is likely to get short shrift.

Consequences of non-compliance might include enforcement action by the CMA and other regulatory bodies (including the Advertising Standards Authority or Trading Standards). This could involve anything from naming and shaming of the offending parties up to court proceedings. Other than in the most egregious cases, the CMA has signalled its intent to guide and educate before looking to enforce. However, if bad practices continue, the temptation of going after a high-profile name might be too much for the CMA to resist.

The CMA is not the only one paying close attention to this issue. As so often, it is reacting to a perceived public concern, which might manifest itself in direct action by consumers before regulators need or want to get involved. The recent decision by a Dutch court that Shell needs to do more to cut its global emissions has showcased the power of the green lobby to exert pressure through the courts. Press and popular campaigns against primary polluters have gathered momentum and profile. Big retailers who stand to profit from dubious claims to sustainability might be an obvious next target.

What should retailers do now?

Retailers are well used to dealing with legal risks in the supply chain. New fronts have opened up in the past decade as UK laws targeting the eradication of bribery and modern slavery have hit the statute book, each requiring businesses to demonstrate board-level commitment to addressing the issue.pap Watch this space, but the law is not yet so prescriptive when it comes to sustainability. For the time being, retail businesses should think about bolstering their contractual protections from suppliers against misleading claims and developing their crisis management strategies to cover action by the CMA or consumer groups.

Suppliers should be able to demonstrate compliance with any rules that apply to the packaging and marketing of their products. While it won’t be practical for retailers themselves to carry out checks on every claim made on product packaging, suppliers should be required to provide evidence to the retailer to support these claims, which might help if the regulator (or the press) comes knocking.

This cuts both ways though. Any assessment of a product’s “whole of life” environmental impact should presumably take account of how it is distributed by the retailer. Suppliers and manufacturers will want to be informed of significant changes in their customers’ distribution operation. With the shifts in consumer behaviour over the past year looking irreversible and the pace of change unlikely to let up, guarding against accusations of greenwashing could be an increasingly time-consuming job.