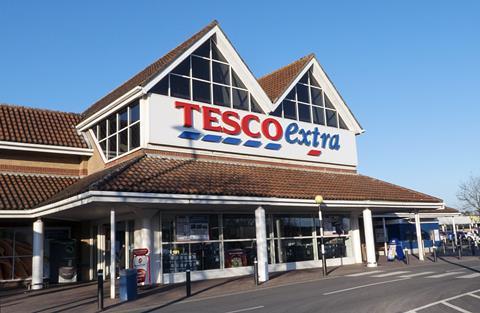 Tesco Ireland: “We remain committed to working in partnership with our suppliers”

Tesco has become embroiled in a dispute with suppliers after telling them it expects them to foot the bill for new Brexit export duties.

The Grocer understands Tesco Ireland is insisting suppliers will have to take responsibility for delivered duty paid (DDP) incoterms when the transition period ends in January, which could hit them with major costs on top of other Brexit-related hikes.

The Grocer revealed in August how supermarkets and suppliers were in a showdown over who would cover the extra costs of EU imports.

Tesco’s stance emerged as suppliers held talks as part of the Brands for Trade programme, an initiative set up by the British Brands Group to prepare suppliers for the regulatory and customs implications of Brexit.

“Tesco has emerged as a company with suppliers responsible for DDP, which has big implications for brands, particular small suppliers but even large companies,” said Richard Bartlett, founder of international trade experts Export Unlocked, which has been advising the group.

“My advice is for companies to be looking very carefully at what their contracts say about incoterms as this is potentially a major new cost for companies because of Brexit.”

Experts have warned that for businesses used to being in the single market, the costs of new duties and VAT could potentially restrict some companies’ ability to bring food into the UK, with warnings it could even force some into bankruptcy.

A Tesco Ireland spokesman said: “We have been engaging with our suppliers to ensure that they have the right plans in place for Brexit and are aware of government guidance.

“We remain committed to working in partnership with our suppliers.”