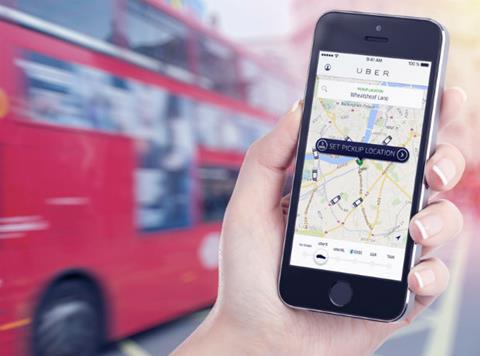 Tesco has delcined to comment on its Uber tie-up

Tesco is understood to be reviewing its relationship with Uber, in the wake of Transport for London’s decision to deny the company a new licence in the capital.

Although no decision has yet been taken, sources close to the retailer say it is closely monitoring the situation after TfL branded Uber as “not fit and proper to hold a private hire operator licence”.

Uber’s existing licence expires on 30 September, but the company will be able to operate in the capital as long as the appeal process lasts, which could be up to a year.

TfL claimed the company failed to meet the required standards, including its approach to reporting serious criminal offences and how medical certificates were obtained.

The Grocer first revealed in June that the retailer was the subject of a protest campaign by taxi drivers against the link-up, amid speculation of its partnership.

In July, we reported Tesco had relaunched its Clubcard, including the addition of new partners. Among these was Uber, which allows loyalty card users to use their points from shopping to pay for journeys using the Uber app.

At the time, chief customer officer Alessandra Bellini said she was “delighted” with the addition of Uber to the list of partners.

Tesco declined to comment on the review but it has come under further pressure from some customers on social media, with taxi drivers having already called for a boycott of the retailer because of the tie-up.

One person Tweeted: “So TFL have refused Uber a licence on Safety grounds in London, Let’s see if you really care about your customers.”

Another added: “@Tesco you still think you’re partners #uber was a good idea?”