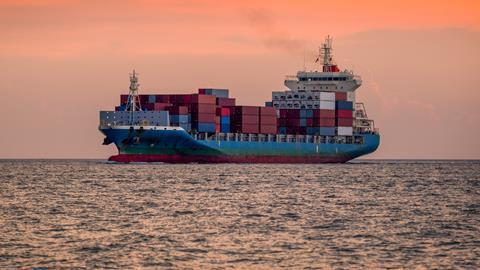 Coronavirus threatens to make a bumpy Brexit even worse

Strap yourselves in. Turns out it’s going to be a very bumpy Brexit after all.

Yesterday, the government confirmed it will introduce import controls on EU goods after the transition period ends on 31 December 2020.

What’s more, the policy easements introduced ahead of a potential no-deal Brexit last year will not be reintroduced because, in the words of the Chancellor of the Duchy of Lancaster, Michael Gove, “businesses have time to prepare”. Great.

The announcement shouldn’t come as a huge shock. It was largely just a reiteration of the policy laid out in Johnson’s speech last Monday and is consistent with the government’s plan to pursue a ‘Canada-style deal’.

It’s also consistent with Johnson’s determination to play hardball with EU negotiators – and it was telling that one of the reasons given for the checks was that “the EU has said it will enforce checks on our goods entering the eurozone”.

Perhaps it’s just a negotiating ruse. But government ministers have repeatedly said sovereignty over our own rules is more important than frictionless trade. And clearly, they meant it.

That will be little comfort to food and drink businesses reliant on EU imports. Because 11 months really isn’t much time to prepare. Not least when the exact nature of the proposed border checks on EU goods remain vague – as does the government’s plan for the movement of goods between Northern Ireland and Great Britain.

Nor when there is still a chronic lack of infrastructure to support the proposed customs and border checks. Speaking to the Today programme this morning, BRC food and sustainability director Andrew Opie warned there are currently no facilities to accommodate delays at ports, while BVA president Daniella Dos Santos warned there was still a serious shortage of vets.

And especially not when the UK food and drink industry is facing an even more immediate threat to supply chains – the coronavirus.

Food and drink exporters to China have already voiced concerns over potentially severe disruptions to trade as the Asian country imposes movement restrictions on goods and people in a bid to battle the spread of the deadly virus.

Some exporters have told us they plan to stop shipments to China altogether until there is a clearer picture on what is happening at Chinese ports.

Should the virus spread more extensively outside China, and across Europe, there could eventually be an impact on imports. Especially if UK ports impose more checks on people and goods entering the country.

And that’s a big possibility, according to the WHO chief Tedros Adhanom Ghebreyesus, who warned yesterday that while 99% of cases have occurred in China, coronavirus holds a “very grave threat for the rest of the world”.

The biggest concern, of course, is that the virus takes hold in the UK. If that happens, disruption to imports and exports will arguably be the least of our problems.

All in all, it’s a very challenging time for the world, for the UK, for businesses and for consumers. Which makes the prospect of a bumpy Brexit even more unpalatable than ever.