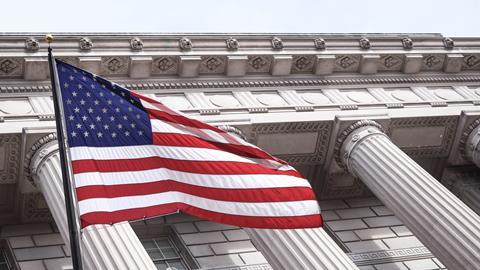 Johnson’s US negotiating objectives lack ambition. But maybe that’s for the best

A US trade deal has long been touted as Brexit’s golden egg, allowing the UK to break free of Brussels and launch itself as “champion of free trade” across the world.

In pursuit of these goals, the government launched its negotiating objectives for US talks on Monday. The benefits would be felt across the country, it argued, with opportunities for Scottish salmon and whisky, Welsh lamb and Northern Irish agriculture, among others.

But, for a 184-page document, details on the implications for food were strikingly absent.

Despite calls for a “broad liberalisation of tariffs” that “secure comprehensive access for UK industrial and agricultural goods,” there was nothing on how the UK planned to align itself with US food and regulatory standards. And with no alignment on standards, the opportunities listed by trade secretary Liz Truss will rapidly hit a brick wall. Just ask Canadian beef farmers.

But perhaps more worrying was the lack of commitment on maintaining the UK’s own food standards.

There were numerous pledges to “uphold the UK’s high levels of food safety” and yet not a single specification on what this meant. “You could drive a bus through that language,” said one industry source.

Given Downing Street will inevitably need to concede on either health or agriculture to reach a deal, things appear ominous for food.

The greatest hope for protecting food standards could come from suggestions the government is tempering its US ambitions.

David Henig, director of the UK Trade Policy Project and former trade official, believes the government’s lack of demands for British services is a sign that its ambitions for a US deal are tempering.

Downing Street has perhaps come to terms with the notorious difficulty in extracting anything on services from Washington, something the UK’s own negotiating team has acknowledged.

“It will be a steep ask to secure any new economically meaningful access to the US on priority UK services asks,” concluded the negotiating team after meetings with the US in 2018, according to leaked minutes documents released last year.

But with services representing 80% of the UK’s economy, without their inclusion a US deal starts to appear remarkably scratchy.

Some therefore believe the most likely outcome of a US deal is now reaching anything that allows both sides to declare victory. If that means we won’t see chlorinated chickens on supermarket shelves, it would no doubt be an acceptable victory for some. Still, it will be of little comfort to UK food producers if EU trade comes tumbling down.