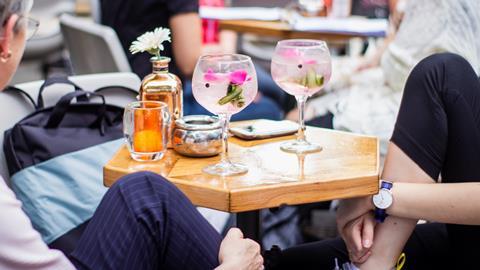 The gin boom is fizzling out: what next for its raft of small suppliers?

Like it or not, nothing lasts forever. Booze pundits have been predicting the end of the gin boom for what feels like donkeys’ years. Now it seems they might finally be right.

The warning signs are clear. The most pertinent being that Gordon’s - one of the great gin success stories of the decade - has slipped into decline, Diageo revealed with its latest trading update last week. Instead, the spirits giant highlighted Baileys and Captain Morgan as its star performers.

Gordon’s was never representative of the craft wave that turned gin from mother’s ruin to magic. But it was one of the biggest beneficiaries of the boom, and for many was a ‘gateway’ into less accessible, more upmarket brands.

Meanwhile, when it comes to smaller, boutique suppliers, there are now simply too many to keep track of. And shoppers aren’t staying loyal enough to small brands to keep them in the black. The pie isn’t big enough for everyone to get a slice – particularly those trying to make a name at this late hour.

So while total gin sales may still be growing, shoppers “are not brand loyal”, says Speciality Drinks head buyer Dawn Davies MW. “It definitely feels like consumers are over it – this was the first year in many when our gin stocks weren’t totally gone every day.”

That’s without mentioning that a good number of these brands were founded by people who, though plump with ambition, were not necessarily from a spirits or even drinks background – and thus perhaps did not fully appreciate the violent pace with which drinks trends come and go.

Many are hoping rum will be their saving grace. “Every other day we’re getting a struggling gin producer telling us they’re making a spiced rum,” says Davies. “They are now suddenly panicking. They all thought they were the next big thing.”

But rum has its own issues. The lower-alcohol, spiced rums that are hitting the market like a tidal wave lack the lethal combination of ingredients that made gin such a persuasive sell: spiced has no perfect serve á la G&T, no ‘refreshment’ factor to call upon, and generally is not consumed with the same frequency as gin.

Crucially, spiced rum can’t appeal to provenance and heritage the way gin did. Brands like Sipsmith were so appealing in the first place because they told an engaging story about the ‘where’ and ‘why’ – and it is likely that’s what will keep them in drinkers’ repertoires when other less fortunate brands run aground.

But for many small suppliers, the patterns in the tea leaves are clear. Gin’s third act is drawing to a close. What happens next is anyone’s guess.