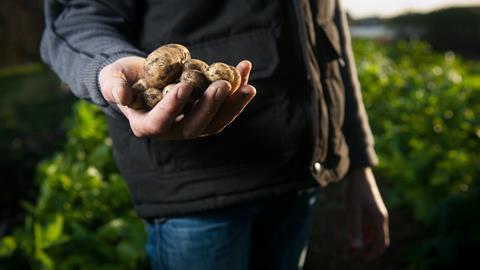 It’s a curious idiosyncrasy of modern food policy that no one can definitively calculate how much food eaten in Britain is actually grown here. The official government figure puts it at 53%, although estimates vary widely. HSBC analyst David McCarthy argued in January that the figure could be as low as 20%, as food processed in the UK is classified as UK-produced, even though the ingredients are often imported.

Perhaps the answer sits somewhere in the middle, but the lack of agreement on the situation adds more difficulty to the already complex debate on the future of the UK’s food production. Nevertheless, it is an issue MPs will tackle tomorrow as the agriculture bill returns for its third and final reading in the Commons. The government relaunched the bill in January with promises it will restore Britain’s long-depleted agriculture sector.

Domestic production is a prominent strand of the food security debate, with the coronavirus pandemic raising urgent questions on the resilience of our food supply chains. The crisis not only exposed potential logistical vulnerabilities, but whether food can always be produced at all. A seasonal worker shortage is still an imminent threat, with thousands of tonnes of vegetables on course to rot in the ground this summer.

Many are therefore left dismayed that the bill is returning with no changes to address food security. The one tip of the cap remains a promise to report on the issue every five years, although what happens to the report after that is anyone’s guess.

These are of course tricky times for government. Not only are trade negotiations back up and running following a Covid-necessitated delay, but Downing Street’s piggy bank will be lying smashed and ransacked once this is all over. It is hard to imagine that the sizeable investment required to boost agricultural production will be a major feature in No 10’s priority to reinvigorate the economy when the sector represents less than 1% of the UK’s GDP.

The government is also overseeing an ideological battle within the Conservative party: ‘free traders’ vs ‘food securitists’. While ‘free traders’ are pushing to stick the course, strike new trade deals and ensure food security by diversity of supply, ‘food securitists’ are pressing Downing Street for continuity, close integration with the EU and food standards established in law to avoid them getting sold away in the negotiating room.

It is of course a debate also going on among the British public, but as yet with no obvious picture if or how the pandemic has changed things.

It is therefore understandable that Defra just wants it over with, unchanged and uninhibiting. The concern to all those pressing for change will be, if food security isn’t addressed now, then when? And more worryingly if we don’t decide, will Trump do it for us?