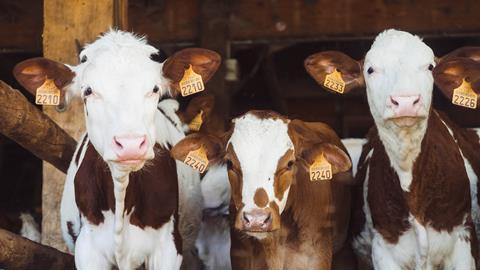 To get noticed, Februdairy campaigners need to adopt the vegan lobby’s tactics

But this year, the animal rights and plant-based lobbies have been working up a head of creative steam to ruin dairy’s annual party.

Last week, Animal Equality UK announced it had reached its £5,000 crowdfunding target to put up anti-dairy billboards in 10 cities across the UK.

According to the group, these will highlight the plight of bull calves and the negative health impacts the pursuit of maximum milk yields have on dairy cows.

In response, the Free Range Dairy Network said “facts – not misinformation – enable people to make their own minds up about the kind of farms they want to buy milk and dairy from”.

Well, possibly, but that’s unlikely to sway consumers influenced by Netflix hits like The Game Changers, or those who have tuned into the raft of “dairy is scary”-type videos populating social media.

Februdairy founder Dr Jude Capper, meanwhile, tweeted: “Interesting that activists feel [the] need to crowdfund to oppose #Februdairy. Wouldn’t the world be a nicer place if people celebrated rather than denigrated other people’s dietary choices?”

Well, yes, it would. But animal rights activists are passionate people, and they aren’t necessarily going to play nicely.

If the dairy industry really wants to regain the initiative, it needs to do better. Let’s face it, it’s hardly lacking in resource. The UK dairy industry is worth more than £9bn, according to the turnover of the 40 largest companies in the sector.

Likewise, the vast majority of people are still slurping up milk – even if that number has been seeing a gradual downward slide for decades (milk consumption is falling by 1.5% a year, according to a Kite Consulting report from last June, and has fallen by 26% since 1998).

I’d argue that rather than just relying on a hashtag campaign, it needs to use this vast wealth and leverage to come up with a new, agenda-seizing strategy.

The days of nice adverts with cute kids hoping they might be able to play for Accrington Stanley are gone. Dairy needs to be more Vinnie Jones. More Crazy Gang.

Today, a Dairy UK spokeswoman said: “What we need to focus on is not a small but noisy minority of anti-dairy detractors, but instead communicating the positivity and health benefits of our products.”

But passive communication is not going to stop the slide. Look at what the vegan and animal welfare lobbies do, and do it better.