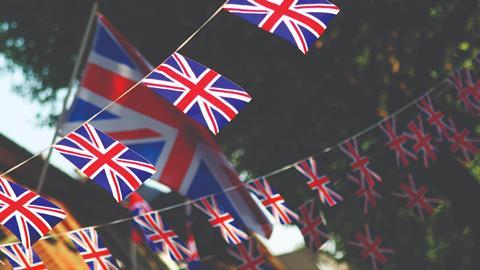 Undermining the Brexit withdrawal agreement will punish the nation’s poorest

Since revelations emerged in the Financial Times on Monday that the government was planning new domestic legislation to undermine key elements of the Brexit withdrawal agreement, many have waited with nervous trepidation for it to land. The EU and businesses feared the worst yet remained generally tight-lipped awaiting full details. It is now here and, as expected, it’s shocking.

The new bill provides ministers with the powers to “disapply or modify” requirements previously agreed to in the withdrawal agreement, specifically the need for exit declarations on goods travelling from NI to GB, and the effects of Article 10, which covers state aid.

Downing Street has even had the temerity to specify any domestic changes it makes must “not be regarded as unlawful on the grounds of any incompatibility or inconsistency with relevant international or domestic law”.

Food will have been a key consideration in the changes for the government. The industry makes up a huge proportion of the trade between NI and GB and the sector would certainly benefit from reduced friction on trade across the Irish Sea. But for the government to approach things in this way is extraordinary and not in the least welcomed by industry figures who view a comprehensive EU trade deal as the only way to avoid chaos.

While Brussels will likely take time to digest the announcement, EU Commission president Ursula von der Leyen has since said she is “very concerned” by the government’s intentions. “This would break international law and undermines trust. Pacta sunt servanda = the foundation of prosperous future relations,” she wrote on Twitter, referring to the Latin phrase for ’agreements must be kept’.

It has now become immensely hard to see beyond no-deal as the most probable outcome of the UK-EU negotiations. Trust is severed, the withdrawal agreement set to be breached, and with less than a month to go until the UK government’s self-imposed deadline for a deal.

Whether or not a deal is still saveable will play out in the coming days and weeks, but for businesses already struggling to see how they would cope with the trade frictions under a minimal trade deal with the EU, this will leave many holding their heads in their hands.

No one can truly gauge the damage no-deal will wreak on food prices and availability for shoppers, but as the BRC has reiterated numerous times now, it will be far worse than anything seen during Covid. Tariffs alone could add huge extra costs, the supply chain will see unprecedented disruption, and the backdrop of Christmas makes any sort of adequate planning near impossible.

What is perhaps most remarkable about the situation is that the government will be choosing to enforce this burden upon the public as it deals with job losses, business closures, and all the other financial hardships of a recession. Food poverty in the UK has been exacerbated already by the pandemic and it doesn’t take a wild leap of imagination to foresee how things could quickly get worse for those already hardest hit. Promises of cheaper food after Brexit suddenly seem a long time ago.