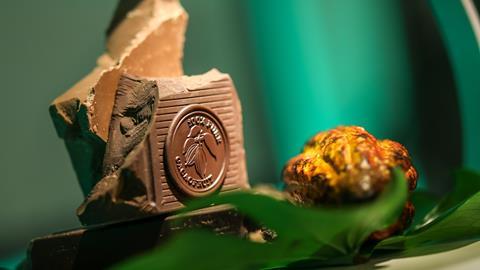 Whole fruit chocolate ticks all the right boxes, but the proof will be in the tasting

Remember ruby? No, we’re not talking the relentlessly played Kaiser Chiefs hit. We’re talking ruby chocolate. Its invention caused quite the stir back in 2017, leading to such delights as the ruby Kit Kat.

Now ruby’s creator – the exotically named Barry Callebaut – has unveiled another twist on the treat: a 100% cocoa fruit chocolate. As the name suggests, it uses everything the cocoa fruit has to offer. That includes the cocoa fruit’s peel, pulp and juice, as well as the beans used in regular chocolate.

It’s not the first to market with this format. Indeed, Nestlé claimed a world first in July with its 70% cocoa chocolate made from nothing but the cocoa fruit. The crucial difference here, though, is that Barry Callebaut isn’t keeping the innovation to itself. It’s supplying it to other confectionery giants such as Mondelez, which will be the first to use it in a consumer product.

There are clearly high hopes for the innovation. Far from being just a chocolate, Barry Callebaut hails it the “creation of a next-gen food & drink category”.

Grand words indeed. But it may have a point. Because looking at current buying habits in confectionery, a 100% cocoa fruit chocolate has what it takes to be a winner.

Why is dark winning in the chocolate market? And how is Boris Johnson affecting sweet consumption? Read our bumper confectionery report 2019

One of its major selling points is sustainability. Whereas traditional chocolate production leaves around 70% of the fruit going to waste, this uses the entire thing. At a time when food waste is a hotter issue than ever – and ethical chocolate brands such as Tony’s Chocolonely are gaining ground – that proposition could capture consumer imagination.

There’s also the health element. Nestlé’s cocoa fruit chocolate, which is heading for the Japanese market, contains no added sugar. Mondelez would be well advised to do the same for its own take on the innovation, designed to play into appetite for “healthy indulgence”. For as sugar concerns hot up, lower-sugar chocolate is selling well. That much is evidenced by the rise of dark chocolate, up 11.1% in value – its highest rate in ­five years [Kantar 52 w/e 9 September 2019].

Of course, the proof will be in the pudding. Amid all these concerns around sustainability and sugar, one factor trumps all in the chocolate market: taste. So let’s hope cocoa fruit’s peel, pulp and juice can be transformed into something tastier than it sounds.