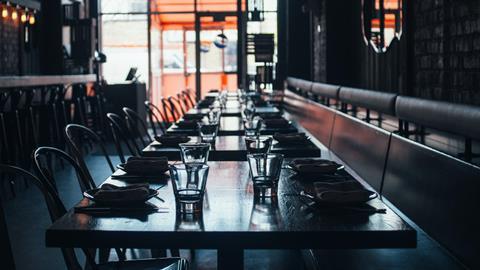 Wholesalers may not survive curfew without government help

‘Eat nowt to help out’ is the latest grim reality facing the hospitality sector after the PM imposed a raft of draconian measures designed to curb the spread of coronavirus.

And the 10pm curfew for restaurants, bars and pubs won’t just harm the hospitality businesses that moved heaven and earth to reopen at a moment’s notice on 4 July.

It’s also a huge threat to wholesalers supplying the foodservice industry – many of which were only just brought back from the brink in August thanks to the success of the Eat Out To Help Out scheme.

Staff were brought back early from furlough in order to keep up with demand as sales soared at such a rate that some even saw uplifts outweighing the previous August.

But now those businesses have come crashing down to earth in what industry leaders across the board agree is a major blow.

To break it down and be specific, it’s a “crushing blow” for hospitality businesses, says UKHospitality CEO Kate Nicholls, a “body blow” for wholesalers, says Unitas CEO Darren Goldney and “a potentially fatal blow” for manufacturers according to FDF boss Ian Wright.

The curfew is likely to mean restaurants will only be able to have one sitting per evening – which automatically halves the takings. That’s a big deal for businesses forced to spend considerable cash on safety measures to reopen after the last lockdown.

Jack Stein, chef director at the Rick Stein Group, said Johnson’s new restrictions – which could be in place for six months – were a “tough pill to swallow”. His team will have to make 900 phone calls in an attempt to re-arrange bookings, “which means disappointment for some, many cancellations and more lost revenue for us after months of closure”, he added.

And it’s not just diners and ‘revellers’ being shown the door at 10 o’clock that will affect tills. Confidence built up at the cost of hundreds of millions of pounds during August is being chipped away on a daily basis as fears of a second wave intensify.

One wholesaler said he was already seeing a significant downturn in volume over the past week as more and more news appeared about the rising rate of infection.

Restaurants have at least been recognised as worthy recipients of the government’s business rates relief package. Wholesalers are still having to fight for that same lifeline – with today’s curfew announcement prompting fresh calls by wholesale bosses, including the FWD and Unitas, for sector-specific government help.

At the very least, said one leading industry source, foodservice-specific wholesalers should be included. But ideally, the entire wholesale sector should.

Supermarkets are, after all. They’ve saved millions thanks to a business rates holiday despite seeing an influx of shoppers over lockdown. And, with more shoppers likely to eat at home, they are likely to benefit further from today’s curfew announcement.

Because you’re not on a clock when entertaining at your own dining table. For now, at least.