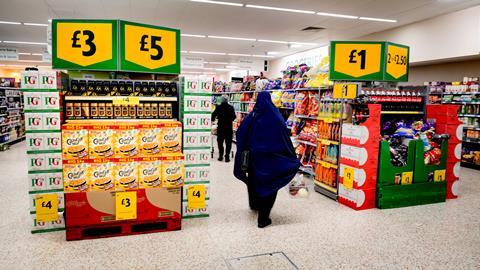 Why is the HFSS promotions ban moving forward despite flawed – or missing – evidence?

With Brexit still dominating the news agenda, the eyes of the world have been on whether the government can get its maths right in parliament and finally get a deal through.

Which explains why a damning report by the Regulatory Policy Committee (RPC) last month on the government’s plans for a draconian crackdown on HFSS promotions in supermarkets, small stores and out of town locations got precisely no coverage at all.

Yet a read of the verdict from this independent group of experts, sponsored by the Department for Business, Energy and Industrial Strategy (BEIS), makes it clear that, not for the first time in recent months, the government has got its calculations all wrong.

The committee points out major flaws in the government consultation which set out proposals such as a ban on volume and multibuy promotions, including bogofs, as well as consulting on plans to end HSFF promotions at checkouts and aisle ends.

The report attacks what it calls the ‘limited evidence to support calculations’ in the government’s consultation, launched in January and subsequently closed this month, including the need for ‘stronger evidence to show a link between impulse buying and obesity’.

Read more: Shoppers who stock up on deals ‘more likely to be obese’

‘It is unclear whether or not the right people will be targeted,’ reads the report, ‘because regular buyers of HFSS may be more demand inelastic with respect to price, as opposed to impulse buyers who would be more demand elastic of price and probably also less likely to be overweight or obese.

‘Furthermore, it is unclear how the benefits to the economy of additional output have been calculated and what evidence this is based upon,’ adds the report, concluding ‘the Department should seek and include more balanced evidence to support their impact assessment.

‘There appears to be no references to studies which question the impacts of the proposed interventions, therefore the evidence seems unbalanced and could be over-optimistic.’

Any such optimism was shattered today. The Grocer revealed a new report claiming suppliers could be hit with a whopping £700m cost for putting the proposals into practice – quadruple the figure given in official government estimates.

Like the RPC, author Andrew Taylor, a former senior director at the Competition Commission, argues that the government evidence is riddled with errors. This includes a startling claim that the cost of banning aisle-end HFSS promotions for retailers could be a massive £500m loss in profits per year, compared to the relatively small £27m estimated in the government’s homework.

For suppliers, the total lost profits at stake from the proposals is around £700m, rather than the £175m estimated, he says.

In truth the government’s evidence for its HFSS proposals has always looked sketchy.

Its impact assessment admits its assumptions rely on retailers and suppliers finding a whole new raft of products to replace the hole in profits left by the HFSS products that fall under its ban – a ridiculous assumption based on no concrete evidence whatsoever.

The government does of course have a powerful argument of its own, regardless of its dodgy maths: that something draconian may have to be done to tackle the obesity crisis.

Yet a £700m economic blow to food and drink manufacturers at the very time the industry faces the continuing uncertainty of Brexit certainly makes a very strong argument that this is a measure too far.

And this row is likely to be a theme revisited. Whether it is the HFSS ban, plastic taxes or reform of the recycling system, each comes with huge price tag attached, which at the moment the government expects the industry to pay.