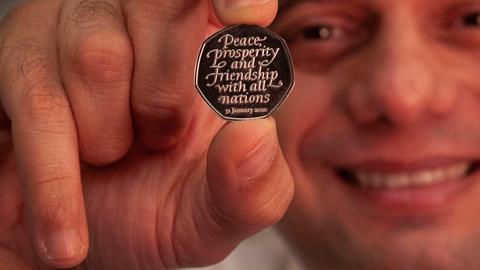 Will government listen to industry calls for a “sensible” Brexit?

So, after three and a half years of bitter division, crippling uncertainty and political deadlock, there are now less than five days to go.

With Britain poised for Brexit day on Friday, food and drink industry leaders today launched their appeal to Boris Johnson’s government over what should happen next.

More than 30 trade groups, spearheaded by the FDF, produced a new document urging minsters to take into account the EU’s “overwhelming” importance as the industry’s biggest trading partner. The countdown will soon begin to the next deadline – and the task to try to secure a trade deal by 31 December that avoids disastrous tariffs and the imposition of other barriers to businesses.

Today’s document calls on ministers to adopt the best elements of the trade models applied in the US, EU, Canada, Australia and New Zealand.

When it comes to Europe, what it wants to avoid most is divergence just for the sake of it.

But perhaps above all, the document includes a call for the government to work with the food and drink industry as a key negotiation aide, a partner which may not be in the negotiation chamber itself but “in the room next door”.

“We are urging the government against tearing up the rulebook and trying to fix what is not broken,” says one source involved in drawing up the document.

FDF: Industry finally has some Brexit clarity. Here’s what businesses must prepare for

Such an approach would be in stark contrast to the years of Brexit uncertainty which have all too often turned the industry into an exasperated onlooker.

But is this vision of seamless partnership between government and industry a realistic prospect? The rhetoric coming from ministers is not exactly encouraging.

Over the weekend home secretary Priti Patel attacked businesses, accusing them of having become “far too reliant” on “low-skilled and cheap” workers from the EU.

In an interview with Sky she went on to address the issue of EU alignment. “In terms of divergence, we are not having alignment,” she went on. “We will be diverging. We want to take control of our laws, money and our borders.

“And to do that we will not be rule-takers, we will be setting our own laws and that is a fundamental feature of leaving the European Union.”

Her words go further than those of chancellor Sajid Javid, who warned earlier this month that regulatory alignment was not on the government to-do list – in a move the FDF said signalled the “death knell” for frictionless trade.

Who will win out? Will it be the sensible approach set out by dozens of trade groups speaking for a sector contributing £460bn to the national economy, directly employing more than four million people?

Or will it be the hardline stance of ministers who – buoyed by a huge Commons majority – could choose to take the “f*** business” approach on a grand scale?