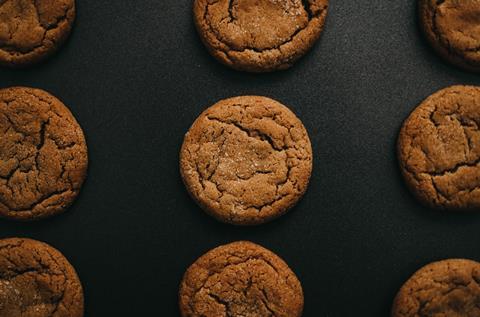 This year has really taken the biscuit. A tumultuous 12 months have seen Brits wolf down an extra 35 million packs of sweet and savoury biccies, resulting in a combined £66.4m gain.

That was driven by consumers wanting to take a break from their travails, suggests Lotus bakeries category & development marketing manager Frances Booth. “Customers are looking for something that provides them with little moments of joy at home, and biscuits do just that.”

As such, happiness-hungry shoppers filled their baskets with the familiar names in sweet biscuits, notes Nielsen senior analytics executive Nicholas Corlett. That’s been bad news for own-label sweet biscuits, which have lost £15.9m on the back of a 2% volume decline. But it’s been a bonanza for some.

“The brands in growth in the last 52 weeks have an element of nostalgia behind them, with the likes of McVitie’s Chocolate Digestives, McVitie’s Digestives and Kit Kat growing faster than some of the more contemporary brands, such as Oreo and Maryland,” says Corlett. “A lot of this growth can be attributed to Covid-19.”

With winter in full swing, McVitie’s will see only more success, wagers Scott Snell, customer VP at brand owner Pladis. “We expect to see an increase in hot drinks moments and a spike in sales for biscuits which best accompany this occasion – particularly across core sub-categories, such as everyday biscuits, everyday treats and chocolate biscuit bars,” he says.

That’s a sweet prospect for makers of regular and indulgent lines – but less so for healthier brands, which are already struggling in the face of comfort eating.

WW, for instance, has haemorrhaged more than half of its value, dropping £1.9m, while Go Ahead has shed £4.5m (13%). The sector’s biggest loss in absolute terms is the £6.3m of Belvita, which has also shed value in its cereal bar range (see table, overleaf).

The misfortune of Mondelez’s breakfast-focused range isn’t just down to its healthier cues – it’s been compounded by the decline in on-the-go and brekkie ‘al desko’ occasions. Nevertheless, Mondelez trade communications manager Susan Nash insists Belvita is still highly relevant. The breakfast occasion “remains important to consumers, and so category-leading brands remain a crucial part of any range,” she says. “This is increasingly important as consumers look for healthier ingredients such as oats and other whole grains that don’t compromise on taste.”

Belvita is by no means the only brand to have suffered from the decline of on-the-go occasions. The cereal bar sector has taken a £36.1m hit, driven by losses for many of the major brands.

Alpen bars have fallen fastest in percentage terms, by 23.6%. Head of brand Helena Blincow admits this was due to more people working from home, but she remains positive. “Shoppers are still looking for convenient, tasty and nutritious snacks to keep them going throughout the day,” she adds. Cereal bars “still have an important role to play”.

Kellogg’s would agree. It’s seen value decline across brands such as Rice Krispies (down 1.7%) and Coco Pops (down 24.2%), but it has begun to see a recovery in multipack sales and plans to work with retailers to boost sales of singles next year.

While healthy sweet biccies and cereal bars have suffered, it’s a different story in savoury biscuits, where better-for-you options have paid dividends. Take Ryvita, which added a combined £3.2m across its crispbreads and thins ranges, while Nairn’s pulled in an extra £1.2m (6.2%) for its oatcakes.

The biggest winner was Pladis brand Jacob’s It added £4m and shifted 2.2 million more packs, though not for health reasons. The veteran brand benefited from stockpiling in a unique way, according to Snell. “As a result of panic-buying and consequent shortages, shoppers initially looked to Jacob’s Cream Crackers as a bread substitute during the first lockdown,” he says.

Now those shortages are a thing of the past, “it’s likely that shoppers will seek out healthier baked, flavoured snacks – such as our Jacob’s Biscuits For Cheese and Jacob’s Savours Flavour Assortment – particularly in the lead-up to the festive season,” he adds.

So the savoury biscuits sector ends the year in good shape, worth £17.8m more than last year. But not everyone has won. Rice cake brands Snack a Jacks and Kallo, for example, saw volumes dip by 6% and 2.1% respectively. Again, home working was the problem.

Kallo lost out among shoppers who would have previously taken them to work, says Bryan Martins, marketing & category director at brand owner Wessanen. It’s now hoping to claw back value with the launch of a healthier SKU in May – Veggie Cakes made from pea protein, rather than rice. But in this indulgence-led environment, can it pass the crunch test?

Pladis didn’t wait for BoJo’s obesity strategy to take a healthier stance. In February, it slashed sugar content across its eight bestselling biscuits by up to 10% – a move it claimed would remove 785 tonnes of sugar from Brits’ diets every year. Rather than simply replacing sugar with sweetener, Pladis carried out “a careful re-balancing of ingredients”. That means the likes of Chocolate Digestives, Hobnobs, Rich Tea and Ginger Nuts taste “exactly the same when dunked in a cup of tea”.