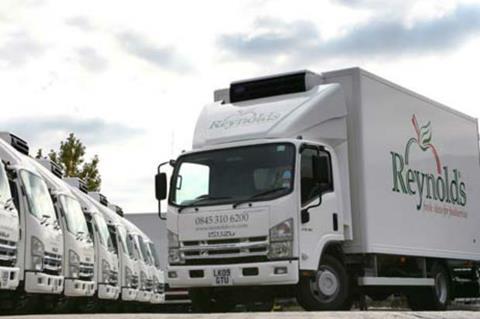 Major foodservice wholesaler Reynolds has revealed it has lost 95% of its business due to the coronavirus pandemic.

The family-run supplier said the lack of demand from hospitality in recent weeks had led to a shutdown by all of its restaurant, hotel and catering customers, with only its NHS and care home contracts remaining.

Reynolds, which turned over more than £210m according to its most recent accounts, has been forced to furlough 85% of its 1,300 staff.

“A couple of weeks ago, we were supplying some of the biggest names in UK foodservice. Within a few days, we’ve lost almost all of those customers,” said MD Tony Reynolds.

“We’ve got NHS customers and care home customers that we’re still supporting. We’re making 800 deliveries a day to them. But it’s frustrating – we’ve got all this capability and no one’s using it.”

And in line with other wholesale businesses, the firm had also launched both home delivery and click & collect services out of its main depot in North London. Reynolds said it had been “well-received” since its launch last Friday (20 March) as people got “frustrated” with trying to buy fresh produce from supermarkets.

Reynolds, the third generation of his family to hold the reins at the business, also attempted to reach out to Boris Johnson on social media on Sunday in an offer to use some of his spare capacity.

“Look, we’re probably the largest supplier of fresh produce to the out-of-home market in the UK. We’ve got all of this capacity. Can someone use it? We’ve heard nothing at all. It’s a crying shame,” he said.

“There’s a huge opportunity for someone in government to say ‘wow, they’ve got the biggest fresh produce depot on the edge of London, they’ve got 300 trucks and they’ve got 95% spare capacity, how can we use that?’”

Coronavirus: wholesalers and suppliers struggle with loss of bar and restaurant sales

Reynolds’ comments come as fellow wholesale businesses grapple with the challenges and opportunities presented by the coronavirus pandemic.

As The Grocer reported on Tuesday, Bidfood has set up a home delivery as well as a click & collect service from 14 of its depots with plans for a wider rollout in the coming weeks. Meanwhile, Essex-based JJ Foodservice has also launched home delivery.