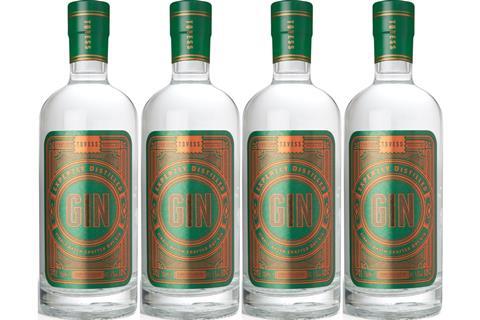 The online retailer has kicked off a major move into the spirits category with the launch of 41.5% abv Tovess Gin (rsp: £24.99/70cl). It said it planned to add further drinks to the range “over the course of time”.

It is billed as “a premium dry gin crafted to the highest quality standards in a single batch distillation and infused with individually distilled lime and grapefruit peels, yielding a smooth Mediterranean taste”.

It is understood the liquid is being contract distilled for the retailer by Alcohols Ltd, a major industrial spirits and chemicals supplier, at its factory in the West Midlands, where it owns four 100-year-old copper pot stills.

The drink is eligible for one-day delivery to Amazon Prime members.

Amazon has steadily boosted its presence in spirits over past years – particularly in whisky, where it has netted exclusive first release rights to the likes of Diageo’s Johnnie Walker/Game of Thrones tie-up White Walker, and the launch of Bowmore 19yo, which was the first time a big name in whisky had ever been bottled exclusively for Amazon.