Craft beer is setting the agenda 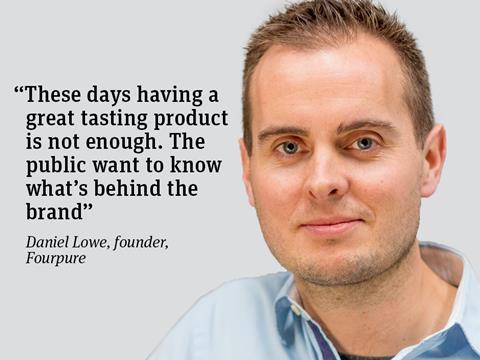 With BrewDog becoming thefirst ever craft beer to enter The Grocer’s ranking of Britain’s 100 Biggest Alcohol Brands, coming in at 65, the sector is looking in better shape than ever.

The success of BrewDog in mainstream retail has fuelled wider demand for craft beer and paved the way for lesser-known brands to gain similarly strong consumer interest.

Some of Britain’s biggest brands are now fighting for space against craft rivals. Both Tesco and Sainsbury’s have stripped back their offering of mainstream beers to make room for craft, while Waitrose has added a further 25 speciality beers to its roster and Asda has dedicated 10% of floor space to craft beer.

So what is it about craft beer that has led consumers to move away from their loyalties to big name brands? There are a number of factors influenced by shifts in both culture and industry, however the two key reasons as we see them are simple.

First off, craft brands are constantly experimenting and developing new products in small batches. This allows them to drive innovation and react quickly to new trends as they come through, such as the use of citrus fruits in beers recently.

Craft breweries are generally not beholden to institutional shareholders, and as small businesses can react instantly and turn around a beer that can be sold to the public in the space of a month or so. Last year Fourpure produced 41 unique beers across 30 distinct styles, including Juicebox, a Citrus IPA that has gathered a strong following in a short period of time. Due to their size and structure, this is something larger companies find difficult to replicate.

The second reason comes from consumers’ desire to know all about what they are spending their hard-earned money on. These days having a great tasting product is not enough. The public want to know what’s behind the brand, how the beer was made, and by whom. Provenance is increasingly important; a beer’s story is now almost as important as taste and, when compared, a customer is far more likely to choose the beer with provenance and authenticity.

This movement has left the big multinationals asking how they can capitalise on the trend. Larger breweries are now launching their own ‘crafty’ brands and undertaking aggressive acquisition strategies focused on leveraging the inherent equity of their new purchases and give off a craft image.

Both the highly regarded Camden Town Brewery and Meantime Brewery were bought out by AB InBev and SAB Miller (now owned by AB InBev) respectively in 2015. Meantime has since been divested to Asahi.

But it’s not just the major players blurring the lines. This year BrewDog began running its first ad campaign on digital billboards, a discipline once reserved purely for the big few. This is a trend we hope continues as smaller brewers gain access to the broader market and find themselves talking - in their undoubtedly individual way - to an audience previously reserved for multimillion-pound marketing budgets.

Daniel Lowe is co-founder of Fourpure