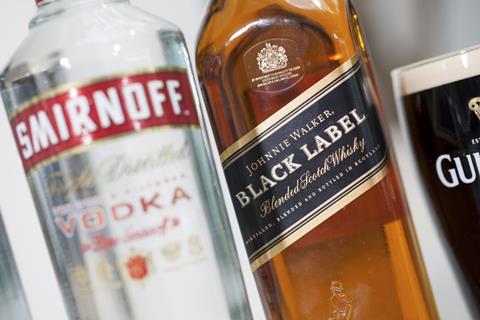 Diageo has detailed plans to grow in ‘third space’ outlets that blend hospitality and retail, as well as food delivery apps.

Last month it launched a ‘Hydra-Flux’ portable kegged dispenser for its Guinness and Hop House beer brands into the restaurant and on-the-go sector, and it is now exploring how to move its spirits portfolio into developing channels such as coffee shops, festivals and delivery.

“There is a huge opportunity in these ‘fusion’ spaces,” Diageo head of on-trade category development Sarah McCarthy told The Grocer, adding it was looking into the potential for draught cocktails.

“Whether it’s draught cocktails in a restaurant, or serving a credible draught solution at a festival where staff turnover might be quite high - if the product itself is easy to serve, consistent and great quality then you break down some of the barriers that have traditionally existed between beer and wine, cider and spirits.

Meanwhile in “those that offer a fusion between in and out of home like Deliveroo and Uber Eats” the spirits offering was “very small”, she said.

“But we are seeing a few of the companies we work with think about how you might create a total experience, so when people are having restaurant-quality food delivered they can also get bar-quality drinks.”

Diageo European head of category strategy Rebecca Jones added: “We’ve got this third space, blended space dynamic and areas like flight clubs and Secret Cinema and they’re going to become more important as people look for more of an experience when they’re out, rather than just having a drink. Alcohol perhaps isn’t as central to those moments as they would have been previously.

“We always need to be looking at the future and how are those places going to involve, and how are we going to show up commercially so we provide them with an opportunity to indulge and interact with the brands.”

It comes as Diageo has also revealed plans to launch a number of ‘new to world’ brands over the coming year, starting with an Italian ‘flavour house’ gin brand called Villa Ascenti.

Its senior innovation manager Adam Miller said: “It will have a focus on gin to begin with but then who knows, it could go into a whole different scope of areas depending on consumer needs or whatever category demands we might see.”

Last week Diageo announced a joint venture with the Chinese Jiangsu Yanghe Distillery Co, launching a ‘new to world’ whisky called Zhong Shi Ji, which is created by blenders and distillers from Scotland and China - though it is not clear if that drink will see UK release.