Hiver to debut its honey-infused beer in cans 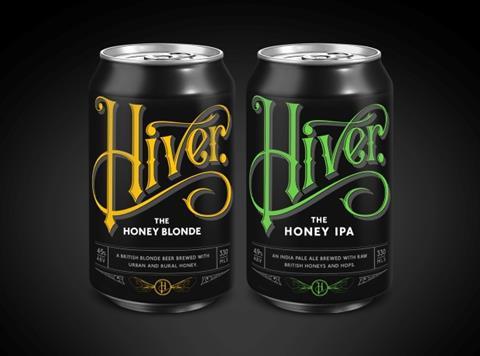 The move would open up “wider F&B opportunities” at home and abroad given cans made up some 25% of all craft beer sales, said Hiver founder Hannah Rhodes. “Since starting Hiver five years ago with a beer that was so original and different to the norm, it’s amazing to recognise that the promise of an opportunity for a British and artisanal beer has translated to nationwide distribution with a depth of quality customers.”

It comes as Hiver was recently accepted onto the Mayor’s International Business Programme, which offers mentoring, expert advice and opportunities for “carefully selected, high-growth London businesses”.

Hiver is also set to launch a four-strong range of seasonal brews each available for a limited time only in cans next year.

The brewer mounted a £350k crowdfunding push last year, but abandoned the drive shortly after to pursue private investment.