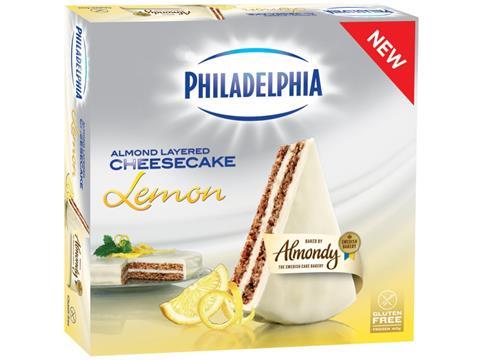 Swedish supplier Almondy is launching Cadbury and Philadelphia frozen desserts as it ramps up its activity with Mondelez, owner of the two brands.

Cadbury Chocolate Mousse & Almond Cake and Philadelphia Almond Layered Cheesecake (both rsp: £3.19) are rolling out now to Sainsbury’s and go into Asda from 10 March, while the Cadbury cake hit Tesco this week.

The cakes feature a new look for Almondy licensed lines designed to flag up key selling points including the co-branding and gluten-free credentials. Almondy already makes Toblerone and Daim cakes under licence from Mondelez, and is planning further co-branded NPD.