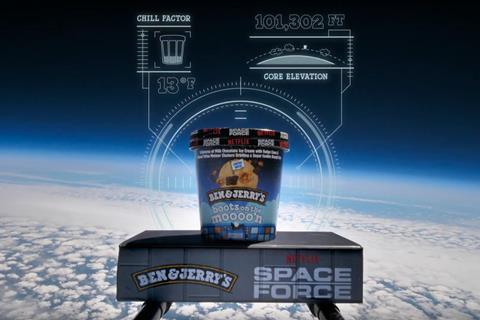 With perfect timing, Netflix this week released its new show Space Force just as SpaceX blasted a couple of astronauts into the stratosphere.

To celebrate, B&J sent a pint into space. Why not, eh?

It joins Netflix & Chill’d and a crisps-containing flavour called Chip Happens, based on baking show Nailed It. Wonder if they’ll do anything for the second series of Blood & Water?