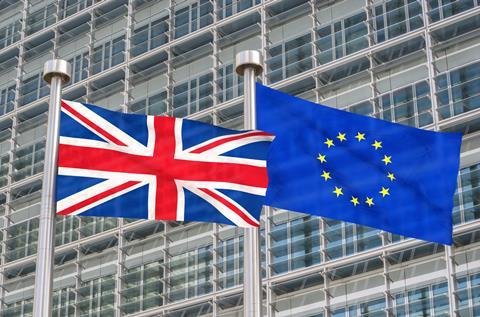 Food and drink leaders have renewed calls for the government to avoid damaging trade barriers with Europe, stressing the EU’s “overwhelming” importance as the industry’s biggest trading partner.

More than 30 bodies, led by the FDF, have urged prime minister Boris Johnson to maintain as frictionless trade as is possible in a new policy paper published ahead of Brexit day on Friday.

The document follows warnings from businesses that the government had signed “the death knell” for frictionless trade with the EU, after Chancellor Sajid Javid said there would not be regulatory alignment after the UK leaves.

The document, which is to be sent to key ministers and government officials, stresses the role of the EU as the food industry’s most vital partner. It warns that divergence on areas such as animal welfare, food safety and labelling would create huge costs for industry and lead to price rises for consumers.

“The UK already enjoys completely free and frictionless trade with EU countries, but now has the opportunity to build on these benefits in a series of new independent deals with others,” says the document, titled Global Britain.

“For the food and agricultural sector, this will require a clear approach to balancing the potential of new trade agreements with the possibility of new tariff or non-tariff barriers in trade with the EU, which is by an overwhelming margin both our largest market and our largest supplier.”

The document also seeks “crucial” clarification of rules on origin agreements between the UK and EU. It also calls for an urgent inquiry to look at how the importance of protecting trade is incorporated into the promised new National Food Strategy.

Trade groups have repeatedly warned of confusion over key trading issues in the run-up to Brexit and are demanding a much bigger say in the future of the trade deal.

“The food and drink sector have the expertise and is ready to help establish effective two-way mechanisms of consultation and engagement between government and industry,” says the document.

“This is a pre-requisite to steer successful negotiations and identify where new market access opportunities can achieve the greatest gains, including outside of formal preferential trade negotiations.

“The government should take the best elements from the models applied in the USA, EU, Canada, Australia and New Zealand.

“This cannot be done without careful discussion with industry to understand potential ramifications of decisions. This would, for example, be particularly important in relation to the detail of the Northern Ireland protocol in the Withdrawal Agreement. In live negotiations, government should look to build on Mexico’s model from NAFTA talks, where they placed business representatives ‘in the room next door’.

“We need to build on our strong relationships with existing partners, while developing new and closer links with others,” said Andrew Kuyk, director general of the Provision Trade Federation.

“We look forward to working with government to make the most of these opportunities.”

FDF CEO Ian Wright added: “The food and drink industry are absolutely committed to working with government and the devolved administrations on the development of more detailed plans and practical solutions for our vital industry as we leave the EU.

“No industry is more uniquely placed to deliver the benefits of trade to every UK community. Together our supply chain produces, packages, distributes and sells a wide range of food and drink at every price point, more than ever before, in every corner of the UK.”