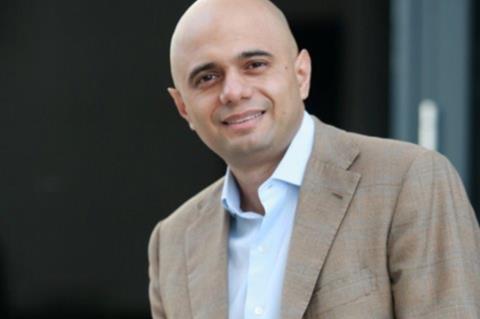 Food industry leaders have accused the government of signalling the “death knell” for frictionless trade with Europe, after Chancellor Sajid Javid said there would not be regulatory alignment with the EU after Brexit.

With the UK poised to leave Europe on 31 January and with the government having promised to achieve a trade deal by December, businesses had been urging prime minister Boris Johnson to tie up a deal that minimised barriers with Europe.

However, in an article in the FT over the weekend, the Chancellor crushed those hopes, telling businesses they had three years to prepare for Brexit and a new set of trade rules.

Reacting to the statement, FDF chief operating officer Tim Rycroft said: “Food and drink manufacturers will be deeply concerned by the Chancellor’s suggestion that there will not be regulatory alignment with the EU post-Brexit.

“This represents the death knell for frictionless trade.

“It will mean businesses will have to adjust to costly new checks, processes and procedures, that will act as a barrier to frictionless trade with the EU and may well result in price rises.

“The majority of food and drink companies will have been hoping for frictionless trade with the EU but will now have to focus much of their planning this year on adapting to a new regime in 2021.”

The BRC also warned a shift away from regulatory alignment would lead to higher prices and extra costs to businesses.

“We need a UK-EU deal which puts consumers first: minimising barriers to trade so that the British public do not face higher costs on food and other goods from next January,” said a BRC spokesman. “The UK imports half of the food it consumes, most of which from the EU. New tariffs and increased regulatory checks would increase the cost of food for everyone, and it is the government’s responsibility to prevent this through its negotiations with the EU.

“A negotiation involves give and take from both sides, but we need a pragmatic approach on our regulatory relationship with the EU.”

In October, trade bodies wrote to the government warning regulatory divergence “poses a serious risk to manufacturing competitiveness and will result in huge new costs and disruption to UK firms”.

They said it could also “risk consumer and food safety and confidence”.

CBI director general Carolyn Fairbairn said after Javid’s remarks: “For some firms, divergence brings value, but for many others, alignment supports jobs and competitiveness – particularly in some of the most deprived regions of the UK.