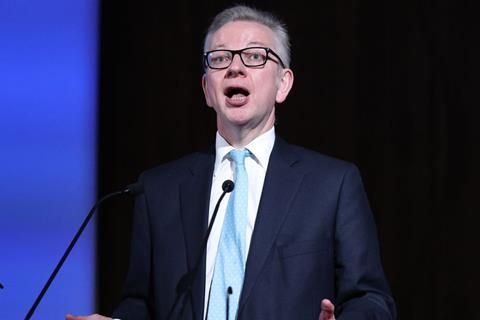 Grocery leaders say they have yet to be contacted by the government amid reports of a bailout plan for businesses being drawn up as the threat of a no-deal Brexit grows.

The Grocer has learnt leading organisations are still in the dark about so-called Operation Kingfisher, reported as being masterminded by former Defra secretary Michael Gove.

Gove was made chancellor of the Duchy of Lancaster in prime minister Boris Johnson’s new Cabinet, tasked with overseeing planning for a possible no-deal Brexit.

According to The Times over the weekend, Gove is working on a package of financial support to help businesses whose supply chains may be disrupted.

It said Operation Kingfisher would focus on companies most at risk of financial crisis that were “otherwise fundamentally viable”.

The move, which emerged during a trip by Gove to Northern Ireland, follows reports that 45,000 dairy cows in Northern Ireland could be slaughtered without going to market in the event of a no-deal.

Food and drink bosses have also warned of major cashflow problems hitting companies involved in importing and exporting to the EU.

In January, The Grocer reported the FDF was attempting to negotiate a bank bailout for suppliers, which it said could prove a “lifeline” for SME companies who faced a potentially prolonged period of huge disruption at the ports.

Talks were put on hold over the summer but are now understood to be resuming as the 31 October deadline looms.

Chancellor Sajid Javid is said to be lining up a package of financial support as part of an emergency Budget prior to Brexit.

A senior food industry source said: “We’ve not heard anything officially or unofficially from Michael Gove although obviously we would be very interested in any support for businesses who face huge uncertainty due to the threat of a no-deal Brexit.”