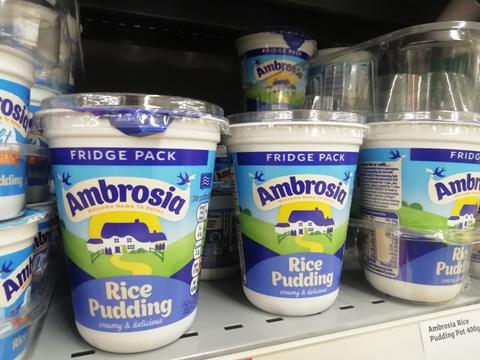 Since 1 January, exporters of meat, dairy, and fish have been burdened with the new requirement for health certificates when taking any foods of animal origin into the EU.

However, EU rules currently exempt many manufactured foods, such as breads and cakes, that contain these goods as ingredients.

This is set to change on 20 April when the exemptions will end for all third country imports into the EU. There is currently a significant lack of clarity, if, or how, some of them might be replaced.

Health certificates require sign-off by a qualified vet, who can charge up to £200 per load for the process, and has left many smaller exporters of meat and cheese already struggling to justify the cost. If the exemptions do end in April, some fear a similar pattern will ripple out across the food industry.

“You’re going to need export certificates for tinned rice pudding,” said FDF CEO Ian Wright. “When that comes it will be a showstopper for many businesses.”

Little Moons is a London-based mochi producer benefiting from the current exemptions. Co-founder Howard Wong said he had monitored the UK government’s ‘Brexit transition’ help page but that it contained no information about the upcoming change. It was, rather, his German distributor who told him of the issue. “It would never have been on our radar from just looking at the UK government guidance,” he said.

Wong said he was confident the change would not cost Little Moons’ lost business as it has few European competitors. He believes, however, that many other exporters will likely suffer.

“[French retailers] are itching to buy locally made products,” he said. “Their annual target is to buy French, so any excuse that makes it even more difficult to work with a British company…they’ll take it.”

Kassy Marsh, director at food safety consultant Techni-K, said “apparently there will be exemption rules” carried over beyond April, “but we don’t know what they will be yet”.

She added the lack of clarity was making it impossible for companies looking to prepare. “All the sites who will have to organise vets and pay for vets for ridiculous things like having to have a loaf of bread checked. It’s madness.”

Defra did not immediately respond to requests for comment.