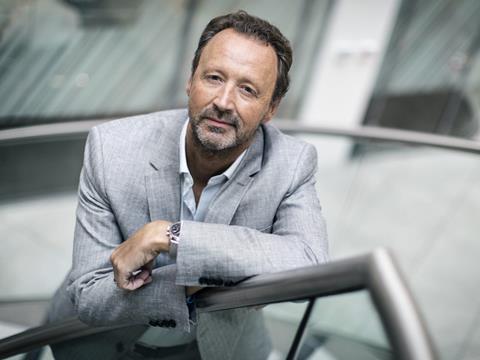 The Co-op has warned that even “quadrupling” its fresh food capacity would not be enough to prevent shortages caused by chaos at the ports in the event of a hard Brexit.

Chef executive Steve Murrells revealed today the retailer was making contingency plans about how it could prepare for a cliff-edge departure from the EU, including the possibility of stockpiling products.

It comes as The Grocer revealed how a raft of leading food and drink companies have begun stockpiling products amid fears deliveries will grind to a halt in March, unless negotiators come up with a deal.

Speaking as the retailer announced its results today. Murrells called for urgent reassurances from the government to protect the UK from food shortages. No matter how much preparation retailers were doing, they would be powerless to prevent shortages of produce such as soft fruit and apples if there was a hard border, he said.

“If we do need to stockpile on longer shelf-life products we’ve got the ability to do it,” said the Co-op boss. “But we think the real pinch point is going to be around fresh food. Even if we were to quadruple our capacity on fresh food it would not be enough.

“We are all keen that the government hears the concerns and that we can protect availability.”

Murrells also revealed the retailer had applied to the embattled HMRC to become an Authorised Economic Operator. It emerged yesterday that Morrisons had already achieved the status, hoping it will safeguard it from the worst of any chaos at key ports such as Dover.

“We think it will provide us with some comfort at the border,” Murrells said, though he added: “We are dependent on the speed with which HMRC can get this through. We will be putting as much pressure as we can on them to get that done as quickly as we can.”

Both the Co-op and Morrisons have claimed their high proportion of British products will give them an advantage after Brexit and Murrells has spoken about the opportunities it provides.

In February, he said Brexit was a chance for a boom in co-operative farming in the UK.

But as concern builds over the impact on the fresh food supply chain, he said: “What I am hoping for is more certainty and no more surprises.”

Yesterday, Morrisons chief executive David Potts said the AEO status “means that we are considered by the (European) authorities to be a company who has policies and procedures that are thorough and wholly trusted and therefore any hold-ups at customs are to some extent simplified.