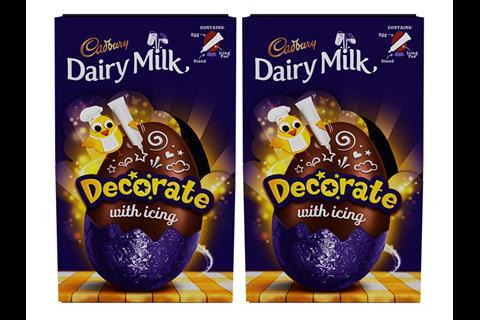 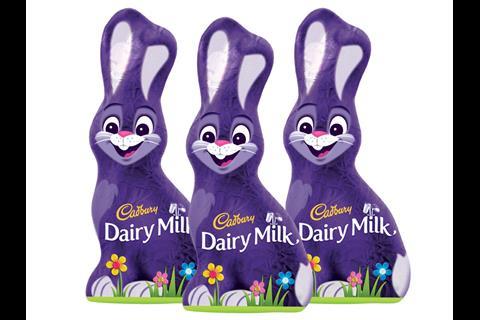 New for the gifting novelties range in 2016 is the Cadbury Dairy Milk Bunny range that includes 130g and 60g versions, and a five-pack of mini Bunnies. 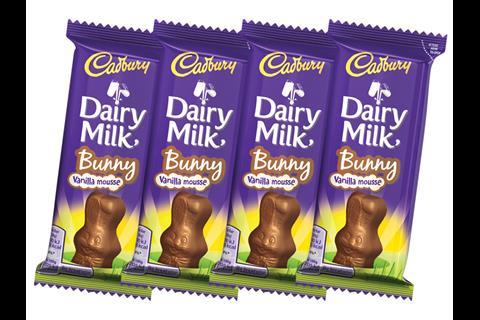 The Cadbury Dairy Milk Bunny Vanilla Mousse is a new novelty for Easter 2016. 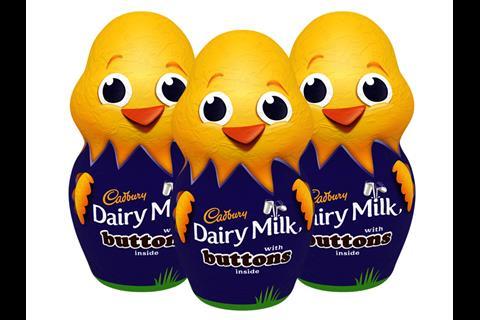 This popular line is returning to shelves for Easter 2016. 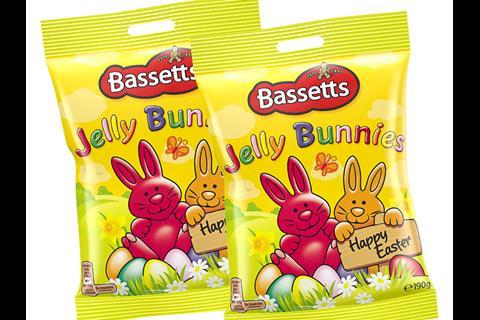 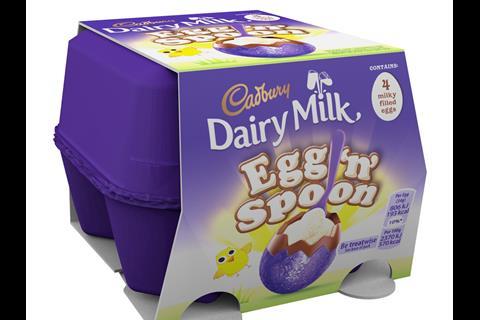 The novelty product, which made its debut in 2013, grew 11% by volume this year and is returning to shelves for Easter 2016 in chocolate and vanilla mousse variants. 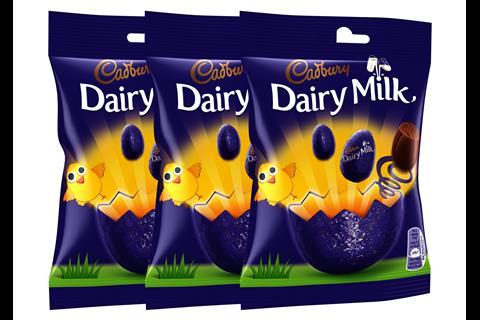 Cadbury Mini Eggs: Back in store for Easter 2016 after clocking up sales of £21.8m this Easter [Nielsen]. 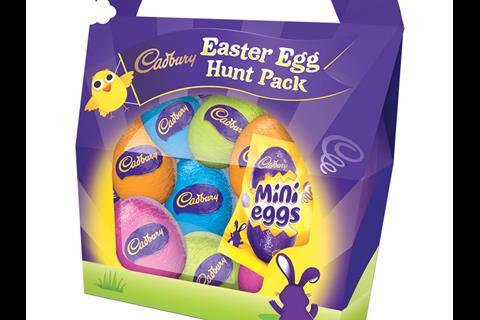 This features 10 colourfully wrapped chocolate eggs with a bag of Cadbury Mini Eggs as a prize for the hunt champion.

Mondelez has unveiled a new look and raft of new lines for its Easter confectionery.

Echoing the introduction of a knitted design across all its Christmas confectionery to tie the range together, the supplier’s Easter line-up will have purple packaging featuring an egg cracking open to reveal yellow rays of sunshine.

While Mondelez is introducing new products to its Easter line-up, and removing a few, it is not making changes on the scale seen last year, when it streamlined its range to focus on its biggest brands. With the exception of packaging, there are no changes being made to its Creme Egg or Mini Eggs line-ups, which were both culled for Easter 2015, though it is upping its marketing spend on Creme Egg from £3m last year to £4m this year.

“We did a lot of work for 2015 to optimise the portfolio and create the most effective range for our customers,” said a spokesman. We are pleased with how this has performed so we are not changing so much for 2016, though we will continue to make alterations to make the range as effective as possible.”

Among new products being launched by Mondelez, which accounts for 45.4% of the traditional Easter confectionery market [Nielsen 14 w/e 4 April 2015] is a Cadbury Dairy Milk Bunny novelty filled with vanilla mousse (rsp: 65p).

And its booming range of wrapped mini eggs range – up 32% by value in 2015 - is being expanded with new variant Cadbury Dairy Milk Oreo (rsp: £1.49) to reflect the success of the flavour in the bars market. An egg with mini Oreo is also being added to the medium shell egg range alongside a new Freddo Faces variant (all rsp: £3.49).

Mondelez is also launching what it describes as its first ‘interactive’ Easter gift, the CDM Decorate Egg, which comes with an icing pen so it can be personalised.

Four new gift novelties are being launched: two Hollow Bunnies (rsp: £1.49/60g and £2.99/130g), a pack of five hollow bunnies and five Freddo characters (both rsp: £2.99), similar to the chocolate Santas launched by Mondelez for this Christmas.