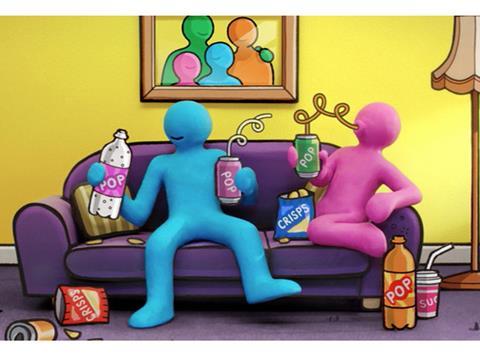 Food and drink industry leaders have appealed to the government to reject the clamour for new sugar reduction targets, warning they risk diverting resources from the fight to cut calories.

At a meeting with health minister Jane Ellison last week, the Food and Drink Federation and major food and drinks companies urged the Department of Health not to bow to pressure for new targets, saying the industry was suffering from “pledge fatigue.”

“All the industry is saying is we have a huge agenda already and we will not be talking about new pledges at this moment in time,” said FDF director general Melanie Leech. “Both manufacturers and retailers are saying ‘please do not come up with a new pledge on sugar’.”

Leech said the government risked sabotaging existing pledges on health if it caved in to calls from groups like Action on Sugar, which wants new targets to slash sugar content in food by up to 40% in the next five years.

“The overwhelming view from the industry is it would be premature to shift the whole policy balance in a new direction,” said Leech. “We could use a huge amount of energy and resources on a new plan, which would divert attention from the work that has been going on in areas such as calories.”

A draft report from the Scientific Advisory Committee on Nutrition (SACN), released two weeks ago, called for the government to halve the recommended daily intake of sugar of the UK population to 5% of energy intake.

This ramped up pressure on ministers to come up with a specific crackdown on sugar. Public Health England is drawing up a list of possible actions, including voluntary or mandatory reduction targets, as well as a sugar tax. It said this week it would also be launching a TV ad campaign, warning of the sugar content of food and drinks, in January.

Professor Graham MacGregor, chairman of Action on Sugar, told this week’s Sugar Reduction Summit in London he was confident the campaign would force the government to bring in sugar targets, adding: “We have got a lot of support from supermarkets.”

However, one retail source involved in the talks said retailers would rather submit to regulation than signing up to sweeping new voluntary targets. “There is a growing feeling of retailers saying, ‘well just regulate if you want to, we’re not signing up for any more,’” said the source.

A supplier involved in the talks added: “The sad fact is that people like Action on Sugar will never actually believe we really genuinely want the same goal as them and that we are trying to make our products more healthy.”