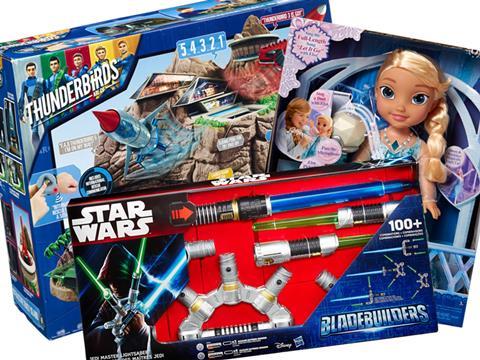 The top two movie properties in the toy market are Frozen and Star Wars, with sales of the latter tripling since the Force Friday event on 4 September brought the first products tied in with upcoming sequel The Force Awakens. The Sphero BB-8 app-enabled Star Wars toy was the bestselling product in September, and the Lego Star Wars advent calendar has claimed top spot in the week ending October 3.

NPD revealed the sales data today (4 November), as the Toy Retailers Association announced its Dream Toys list of the products a panel of toy retailing experts believe will be the most popular toys this Christmas (see table).

The Grocer last month reported that collectibles craze Shopkins will be making its debut in food aisles next year with products from suppliers including Lightbody Ventures, Kinnerton and Finsbury Food Group. Shopkins made its UK debut in summer 2014 and is the fifth-largest toy brand in the grocery channel [NPD].