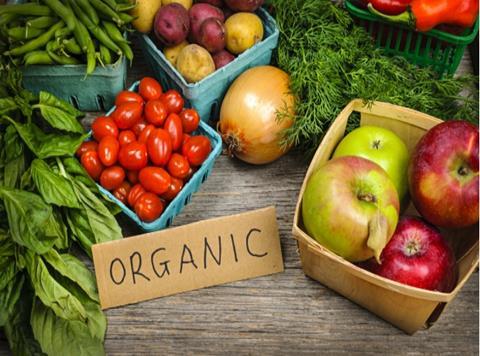 Organic food sales continued to grow in 2014, despite an overall fall in food prices and food spending, the Soil Association’s annual report has revealed.

The organic sector saw a 4% increase in sales last year, building on 2013’s growth of 2.8% after four years of falling sales. In comparison, food prices and spending fell by 1.9% and 1.1% respectively.

Shoppers spent an extra £1.4m a week on organic products last year, with the organic market exceeding £1.86 billion, bringing sales back to 2009 levels, the report said, with soil association symbol holders reporting a growth in sales of 7.7%.

The leading product sector during 2014 was dairy, with organic products accounting for 27.9% of all spending – up 6.5% on 2013 levels – while organic yoghurt sales rose by 13.8%, in stark contrast to the 3% contraction seen in the wider dairy market.

The report also revealed that organic sales had seen significant growth through online shopping and box schemes (up 11.7%) and independent retailers (up 5.7%), while sales of organic eggs and poultry grew by 15.8% and 8.2%, while non-organic sales dipped by 6.2% and 3.3% respectively.

“Three years ago, commentators were writing off the organic market in the UK,” said Soil Association CEO Helen Browning. Now, with a third year of steady growth, and against a falling overall food market, “it’s clear that reports of organic food’s demise were premature to say the least,” she added.

Innovation was helping to drive growth, said Browning, with the organic sector investing strongly in marketing and new product development.

“The mood among organic business is confident with 63% predicting growth in 2015 and six out of ten of these (62%) anticipating double-digit growth,” she added.

“The continuous growth of organic products, despite numerous challenges in the retail environment, highlights the strength of the organic sector in providing new innovative products to new customers,” said Andrew Burgess, Director of Agriculture of grower Produce World.

“We know from our own figures that more people are buying organic, with taste and quality being big reasons behind this consumer trend,” added Burgess.