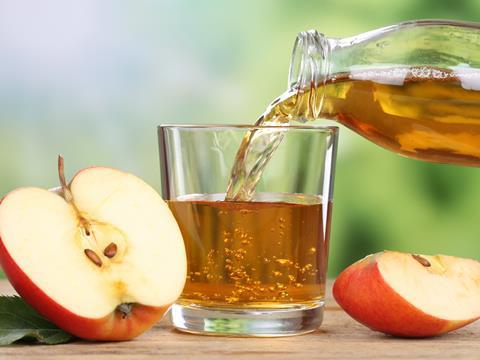 Going up: the price of apple juice concentrate

Fruit juice manufacturers are facing surging prices for apple juice concentrate due to a shortage of apples in Poland.

Wholesale prices for apple juice concentrate have risen by 67% over the past four months, from 80p per kg in June to £1.34 per kg in September.

Poland is the main supplier of apples and apple juice concentrate to the EU, with its annual production of fresh apples amounting on average to around 3.2 million tonnes, a quarter of total EU output.

For the current harvest, apple production in Poland is projected to decline by around 30% on last year, to 2.5 million tonnes due to adverse weather. Prices for industrial apples used in juice processing have soared 140% since May.

Poland’s apple orchards suffered two sub-zero periods in spring. The first, in the second half of April, caused damage to flower buds, and the second in early May severely impacted fruit in early development. A dearth of higher quality apples means the inferior fruit usually sent for processing is being diverted to the fresh market, putting further pressure on supplies, according to Stefan Worsley of Juice Market.

The shortages are most likely to have an impact on the juice market in the UK, with consumers here favouring Polish apple juice for its higher acidic content. Apples grown in southern Europe generally produce a sweeter juice.

Jara Zicha is an analyst for Mintec.