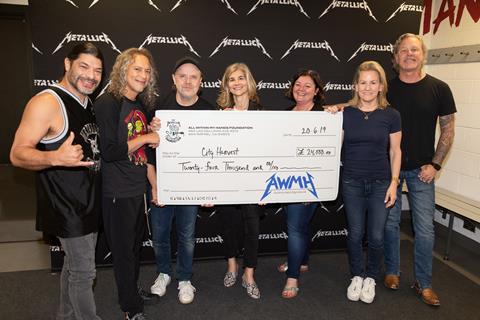 The food distribution charity was presented with the cheque at the American heavy metal band’s Twickenham concert last week.

City Harvest rescues surplus food and delivers it to those in need via chilled vans seven days a week and has provided food for almost six million meals since its formation in 2014.

Laura Winningham, City Harvest founder and CEO, thanked Metallica’s charitable foundation All Within My Hands for its contribution.

“Your generous donation will help us feed thousands of people. Metallica are amazing supporters of tackling food poverty; this money will make a massive impact on our efforts to help feed hungry and homeless people.”