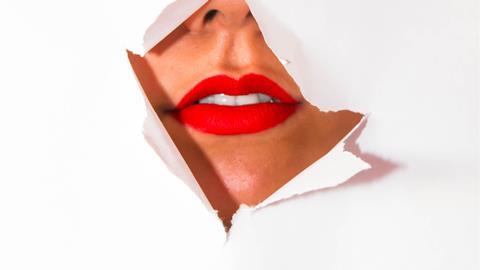 The Shopper Shrink: how the ‘lipstick effect’ will drive sales during the downturn

Dr Paul Marsden is a chartered psychologist at Brand Genetics and UAL, specialising in consumer behaviour. Each month, he’ll be tackling a new phenomenon impacting the psyche of the nation’s shoppers and explain the psychology behind their activity, habits and quirks.

Defying retail woes, this month saw a new £36 lipstick sell out across the UK and US in just eight seconds. The ravishing red lipstick in question was the first foray into beauty from the streetwear label Supreme in a ‘collab’ with celebrity make-up artist Pat McGrath.

The Supreme x Pat McGrath Labs MatteTrance lipstick may now have sold out, but expect lipstick to remain on the lips – literally and figuratively – of retailers over the coming months. This is because of something called the ‘lipstick effect’ that is widely expected to influence shopper behaviour as we head into a post-pandemic recession.

The lipstick effect is a curious phenomenon that describes how female shoppers can display a stronger preference for buying beauty products during a recession. Typically, downturns are associated with cutting back on discretionary purchases and focusing instead on everyday staples and essentials. But for some reason, sales of some beauty products tend to buck this trend.

For example, in the last great recession (2007-09), sales of cosmetics in the US jumped by about 5%. Not all cosmetics benefit from the lipstick effect, and sometimes not even lipstick itself. For example, in the UK during the last recession, cosmetic sales appeared to be boosted by a jump in nail varnish demand, rather than lipstick. But the term ‘lipstick effect’ has stuck ever since Leonard Lauder of Estée Lauder coined the term back in 1981, when he noted that his company’s lipstick sales were inversely correlated to the economic cycle.

The psychology of lipstick

The logic is simple. During recessions, resources such as money, jobs or opportunities become scarce, and this can prompt more competitive behaviour among people to secure these resources. For example, in a time of increased job competition and job insecurity, women may invest more time and effort on looking good at work in an affordable way.

And it’s not all about looks. There is some evidence that wearing make-up can actually boost performance, probably because cosmetics have the capacity to enhance self-esteem.

“Lipstick is not just lipstick, it’s a cost-effective and evolved mate acquisition strategy”

More controversially, psychological research also indicates that women can become more competitive during recessions when it comes to what psychologists tastefully call ‘mate acquisition’ and ‘mate retention’. What this means is that women can be more drawn to products that enhance their beauty because they may help them secure scarce resources via a mate. So, lipstick is not just lipstick, it’s a cost-effective and evolved mate acquisition strategy. Now you know.

And if mate acquisition is the name of the recessionary game, then retailers will want to align their product ranges and marketing messages accordingly as we head into the downturn.

Of course, it’s also perfectly possible that the lipstick effect is about shoppers simply trading down to enjoy an affordable luxury when money is tight. But even this is a useful insight for retailers, who should look to double down on selling affordable luxuries as the cornerstone of their recession-proof strategy.

In the meantime, if £180 for a Supreme hoodie seems a stretch to you, then perhaps a £36 Supreme lipstick might do the trick?

MacDonald, D., & Dildar, Y. (2020). Social and psychological determinants of consumption: Evidence for the lipstick effect during the Great Recession. Journal of Behavioral and Experimental Economics, 86, 101527.