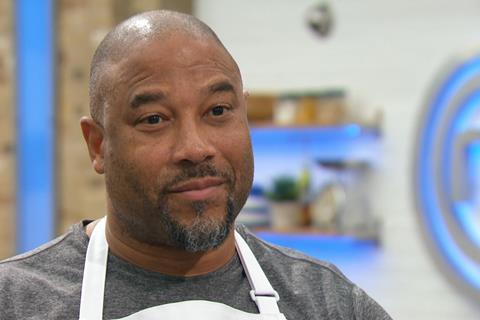 Barnesy’s presentation let him down more than somewhat

In his pomp as a Liverpool FC midfielder, John Barnes was unrivalled – a beautiful sight to behold. These days in the kitchen… not so much.

In this week’s return of Celebrity MasterChef (BBC One, 1 July, 9pm), Barnesy’s presentation let him down more than somewhat. However, he survived to cook another day thanks to a curry sauce described by judge John Torode as “a triumph”. JB cooks not with his eye, but with instinct and the ruthless ambition of a former professional athlete.

Like him, three of the other five contestants leaned on their West Indian roots for inspiration – which made for some dazzling dishes, distracting from the show’s overlong running time. The waft of allspice and lime was almost palpable in the final round thanks to singer Myles Stephenson, comedian Judi Love and actor Shyko Amos.

Only former Apprentice ‘star’ Thomas Skinner went another way. With his ‘proper geezer’ swagger, he proved early on to be even more irritating than Torode’s crony, Gregg Wallace. Quite some feat!

Much about Tom was big: his stature, his voice, his portions, and his drive. It was the latter that saw him prepare crumbed veal with truffled potatoes, and made him almost endearing.

Most lovable, however, was Stephenson, vocalist with unpalatable boy band Rak-Su – though signs of vulnerability made for some tense viewing at times, especially during the professional kitchen segment.

And it was under that pressure – as with his 1984 goal for England against Brazil – that Barnesy shone brightest.