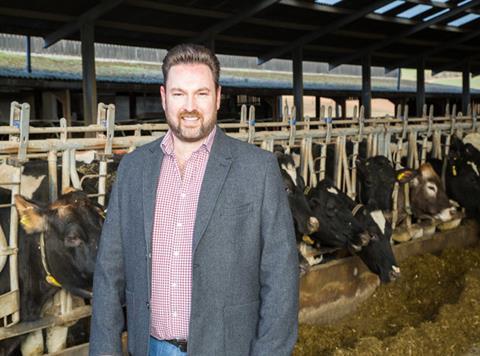 Organic dairy co-op Omsco has formed an alliance with US organic farmer business Cropp Co-operative to create a “transatlantic balancing pool” that will produce almost one billion litres of milk a year.

The international partnership will see both organisations take a minority stake in each other, with the objective of developing the organic dairy market on a global scale, said Omsco executive chairman Nicholas Saphir.

“We have the same vision, methodology and belief systems,” he added, with the alliance allowing the two co-ops to retain their independence in an increasingly competitive global dairy sector.

The Cropp Co-operative owns and operates the Organic Valley and Organic Prairie brands, and is headquartered in La Farge, Wisconsin. It has 1,800 farmer-owners in 32 states, producing organic milk and dairy, meat, eggs and produce.

Omsco would also be able to build on its existing export business in the US - which most recently saw it sign a deal to manufacture 800 tonnes of Welsh-made organic mozzarella in association with US cheese producer Dairy Partners - while the two co-ops would also be able to market each other’s bulk and branded products.

“Over recent years we have developed a close working relationship with Cropp, who is responsible for the marketing and distribution of Omsco’s Kingdom Cheddar brand - the only European organic cheese available in the US market,” Hampton said. “Our relationship has naturally evolved, and this alliance is the next step”.

“This is an important development for co-operation in organic agriculture on a global scale,” said Organic Valley vice president Eric Newman, who explained farmers on both sides of the Atlantic would benefit from a stable and sustainable price, greater efficiencies in distribution, greater access to a wider range of markets and opportunities to improve the balancing of their milk supplies.

“Both co-operatives recognise that our shared values and similar missions are paramount in this agreement,” he added. “In meeting the ever-increasing consumer demand for organic dairy products all over the world, our two co-operatives are doing what we know best; we’re co-operating.”