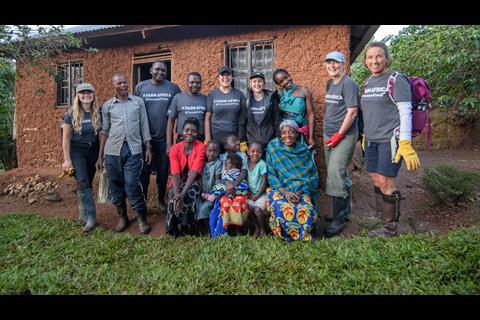 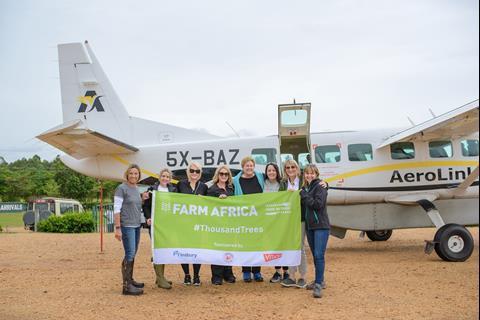 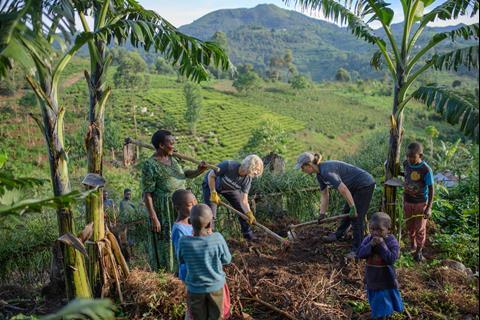 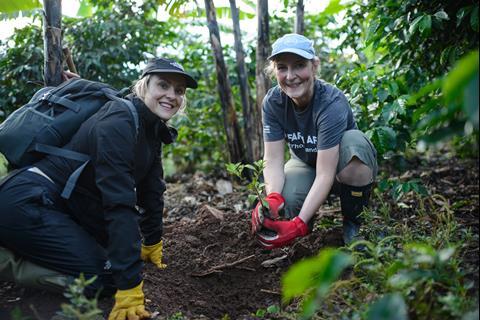 The money raised will go towards Farm Africa’s projects 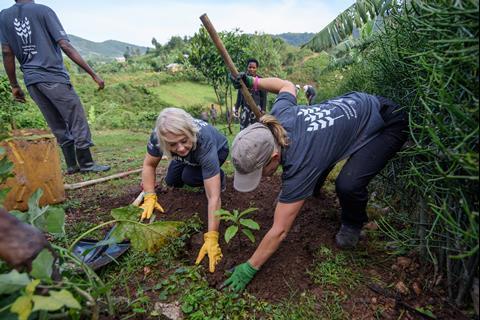 Trees being planted include avocado, jackfruit and mango 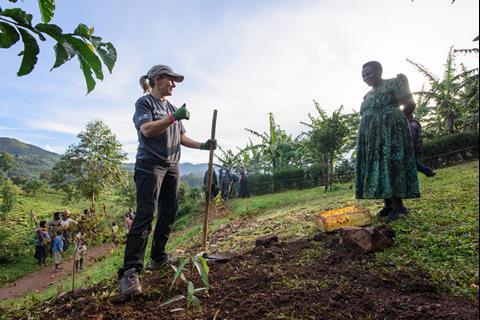 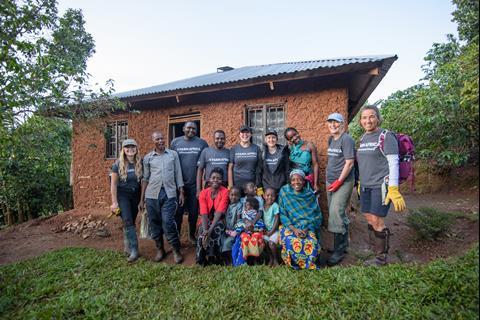 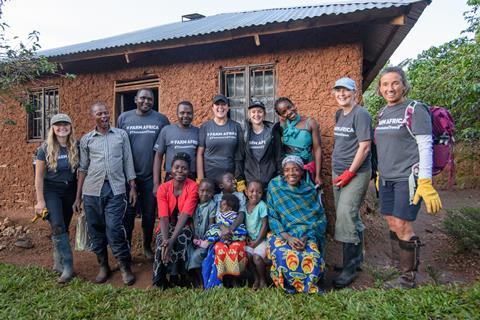 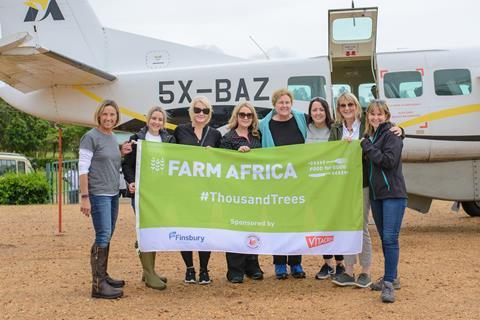 Finding your first job is a challenge at the best of times. For young people in Uganda, though, that challenge is particularly tough.

Over 78% of Uganda’s population is under 30 years old, making it the world’s second-youngest country. That means fierce competition for people entering the country’s job market.

Not surprisingly, unemployment is rife. In 2015, one in three young Ugandans were unemployed – and the issue is particularly severe for women.

So, what can be done to help?

International charity Farm Africa is starting with Uganda’s cornerstone industry: coffee. It is the nation’s most profitable crop by far, accounting for 20% to 30% of foreign exchange earnings each year.

Kanungu – a district of western Uganda – has the perfect coffee-growing conditions (high altitudes and a tropical climate). So, in theory, the region should be providing young people with ample employment opportunities. But it’s not.

A lack of quality products such as fertiliser, alongside limited access to processing services, finance and information about coffee production, are preventing young workers from starting their own successful coffee businesses.

Even if they do have all that, they tend to lack the basic starting point: land. In Uganda, land is largely controlled by the eldest man in the family, who is often reluctant to relinquish it – especially to women.

That’s where Farm Africa comes in. In 2018, it started work in Kanungu to help young people to make a decent living from coffee farming. Part of this work includes building four Kanungu co-operatives so that farmers can sell their produce in bulk for higher prices.

Last month, it launched a new phase of the project that aims to help women stand on an equal footing with men. The charity says it aims to tackle the under-representation of women within existing coffee co-operatives by instilling a “fairer working culture” – women currently do 65% of the labour but get back very little of the profits. It will bring about change by supporting women to assume positions of responsibility.

The ‘Thousand Trees Challenge’ hopes to raise £75,000 for the charity’s work. At the time of going to press, more than £45,000 had already been raised. On the first day, the participants planted 43 trees, leaving 957 left to plant over Tuesday, Wednesday and Thursday morning. “It’s a tough challenge,” says Libby Plumb, Farm Africa’s head of communications and advocacy, “but we’re confident they can rise to it.”

And it’s not just about fundraising. The trees – avocado, jackfruit and mango – will be planted on more than 80 acres of coffee farmland. They will provide the arabica coffee plants with shade, as well as boosting soil quality and food security. That will, in turn, enable farmers to make more of a profit.

While in Uganda, the group of execs will also participate in a ‘Coffee Walk’ alongside local farmers to draw attention to the plight of African female coffee workers. The walks, organised by representatives from coffee co-operatives and the Ugandan Young Farmers’ Association, will raise awareness of young people’s lack of access to land and the lack of gender equality in the coffee industry.

“Empowering young people and women to thrive in the Ugandan coffee industry is beneficial for the economy, food security and for children’s education,” stresses Plumb. “When women are held back, so are their children. When women’s earning power increases, they use the money to send their children to school and lift their family out of poverty.”

The Thousand Trees challenge is just one step closer to ensuring that message hits home.Finding your first job is a challenge at the best of times. For young people in Uganda, though, that challenge is particularly toug