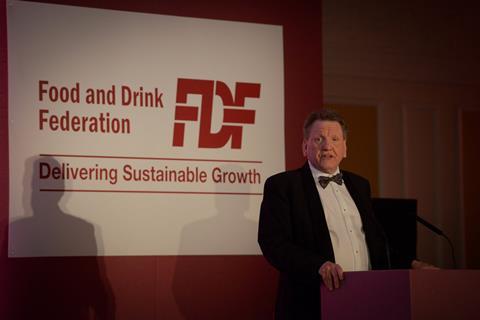 Food and drink exports rose to their highest level on record in Q1 to almost £5bn, according to the latest figures from the FDF.

While positive growth was reported across all 20 markets surveyed, the biggest growth came from countries outside the EU, where exports were up almost 10% year on year.

However, the federation warned of a potentially damaging blow to exports from weak currency, which until now has been helping boost trade, especially outside the EU.

The top three export destinations were Ireland, France and the US, although export growth to non-EU countries of 9.4% was at a faster rate than the 7.4% to the EU.

The FDF said beer was the key driver in export growth to South Korea, while wheat and barley were behind the rise in Belgian exports, and animal feed boosted those to South Africa.

Despite the increase in exports, which was partly boosted by currency weakness, the FDF warned this had also led to an increase in the cost of many essential imported ingredients and raw materials, which had resulted in the UK’s food and drink trade deficit increasing by 19% to -£6.2bn in Q1 2017.

It said the impact of weaker sterling on British exports was expected to be seen in Q3 2017 as companies negotiated new sales agreements with overseas buyers.

The FDF called on the next government to recognise the huge untapped export potential among UK manufacturers, with at present only 20% of food and drink manufacturers actively exporting.

“We want to work with government to take advantage of increased demand for UK products overseas and the opportunities that leaving the EU is expected to create. We would encourage the new government to look to the Irish food board, Bord Bia, as inspiration in creating an organisation to help turbocharge sales of UK food and drink globally.

“It is also very pleasing to see non-EU exports performing beyond expectations,” Wright added. “As the UK leaves the EU, growth in exports is hugely important to our sector. We hope that with the determination of businesses and the assistance of the new government, we can open more channels and provide a further boost to the UK’s competitiveness on the world market.”