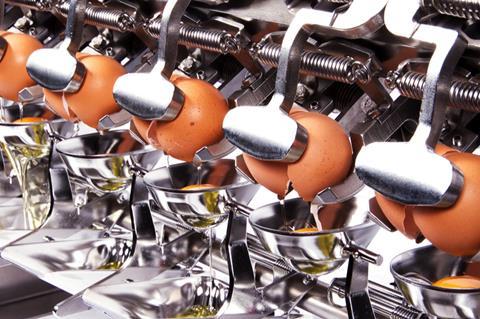 UK food suppliers are turning away from imported eggs for use in food manufacturing, driven by ongoing issues with the safety of non-UK eggs and egg products, Brexit planning and consumer demand.

The amount of UK eggs bought for breaking by processors grew by approximately 5% last year, according to new Defra figures. This represented an increase of 5,000 tonnes, and took the total amount of UK eggs used in food manufacturing to more than 100,000 tonnes.

Chairman Ian Jones said the increase in UK sourcing mirrored recent consumer research by British Lion, which found more than half of UK shoppers wanted to know where the eggs in food products were sourced. Meanwhile, a further 46% said they would change their shopping habits if they were to learn that the products were not British.

“The increasing demand for Lion egg products from caterers, wholesalers, food manufacturers and retailers is good news for consumers, who clearly want British eggs in their products,” Jones said.

“As we have seen over the years, the issues with imports are not going away so an increased commitment from UK food businesses to British Lion egg products, and the safety guarantees they offer, will help business avoid many of the issues we’ve seen in the past.”

His comments come just under two years after the fipronil scandal rocked the egg sector, leading to wholesale recalls of products containing contaminated eggs across the UK and the rest of the EU.

Nine of the UK’s largest processed egg suppliers were now fully accredited to British Lion standards, Jones added, and there were now more Lion egg processors than ever before, with more availability for businesses that wish to source UK eggs for manufacturing.