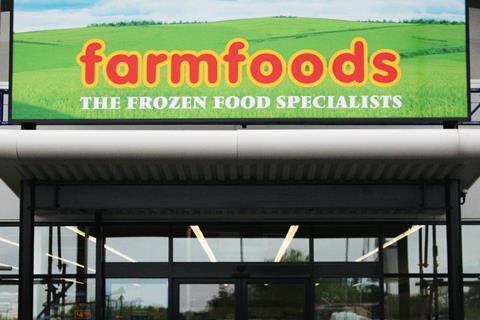 Turnover rose from £642.7m to £660.3m in the year to 29 December, according to newly filed accounts at Companies House.

It’s a turnaround on the year before, when sales dropped 4% on 2016’s £669.2m, but still well below 2014’s £811.8m, before the rise of the German discounters and mainstream supermarket price wars took their toll.

The company’s strategic report said: ‘The principal risks and uncertainties affecting the business include… Competitive risk: Trading conditions have been and are expected to remain competitive.’

Farmfoods, which has more than 300 stores and employs nearly 4,000 people across the UK, invested £4.9m in freehold property and assets in the course of construction during the period, compared with £1m the year before.

The total dividend per ordinary share was unchanged at £6.