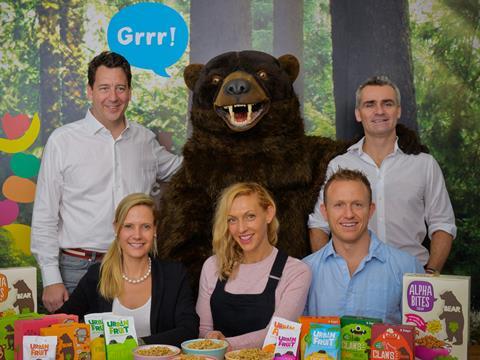 Snack brands Bear and Urban Fruit recorded another year of healthy growth in the run up to being snapped up by Belgian bakery Lotus for £71m, as parents looked for easy ways to get their kids to eat fruit.

Sales jumped 37% to £22.5m and operating profit by 30% to £2.4m in the year to 31 October 2015 as the Bear’s Yoyo fruit range remained in strong demand, newly filed accounts of parent Urban Fresh Foods reveal. However, growth slowed from the 72% rise recorded in the previous year.

Giles Brook, who runs the business with founders Hayley and Andrew Gait-Golding, told The Grocer innovations such as Claws and Paws had played a part in driving growth, with 25% of turnover coming from NPD.

Poundland has published its offer document relating to the improved approved bid from Steinhoff yesterday. Poundland shareholders will vote on the deal on 7 September, with the takeover planned to be effective from 16 September.

In an update on trading Poundland said in the past eight weeks the Poundland its business has begun an “operational turnaround” focusing upon improving: retail execution; in-store customer service; and in particular, the performance of the converted 99p Stores estate.

“However, while Poundland’s overall sales performance is in line with guidance given at the time of the announcement of its full-year results, the market has remained challenging and volatile,” the document states,

The FTSE rally was helped by a 7% jump in the share price of European Coke bottler Coca-Cola HBC, which beat market expectations on first half profits yesterday. Operating profits for the six months to 1 July rose 10.8% to €220.6m and net profit increased 11.8% to €140m as a result of cost efficiencies and lower input costs, although currencies dragged back headline figures.

It wasn’t such a good day for the food retailers, with Ocado (OCDO) and Morrisons (MRW) slipping after a boost from their new partnership agreement earlier this week.

Despite a 5p per share improvement in Steinhoff’s offer for Poundland (PLND) – effectively making the bid 227p per share – Poundland shares dipped 1% in the morning to 220.75p as investors were hoping for a higher bid. The shares had recovered back to trade flat at 224p by the end of the day.