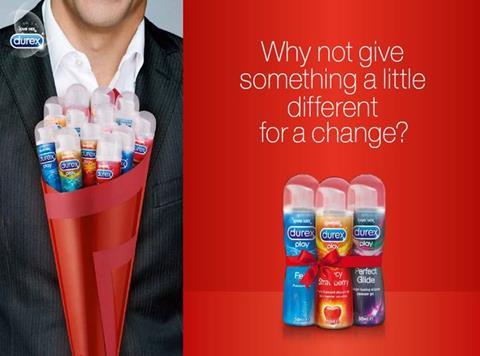 Reckitt Benckiser (RB) has reported like for like revenue growth of 6% for the year ended 31 December 2015, with health and hygiene sales helping the Durex-maker to beat market expectations.

Total revenues were £8.9bn, up 5% on a constant currency basis and by 6% like for like to exceed targets. Negative foreign exchange movement meant net reported revenues fell by 5%.

RB’s developed market area delivered like for like growth of 5%, which the company called “an excellent performance where markets are stable”. Emerging markets delivered 9% LFL growth with improving trends in the second half driven by India and China.

Its health category, which includes Nurofen and Durex, achieved net revenues of £2.9bn representing like for like growth of 14% in “an exceptional year of growth and outperformance”.

Rakesh Kapoor, CEO said, “RB delivered excellent growth and margin expansion in 2015 as a result of our continued focus on our Health, Hygiene and Home Powerbrand portfolio and supported by our culture of innovation and agility.

Despite a year of mixed market conditions, we achieved broad-based growth, across both developed and developing markets. This was led by an exceptional performance in Consumer Health, due to both a strong flu season at the beginning of the year and outstanding performances from our innovations on brands such as Scholl, Durex, Nurofen and Strepsils.

In 2016, we expect that the macro environment will be tough, but remain confident that our strategic choices across Powerbrands and Powermarkets will enable RB to deliver another year of growth and margin expansion.”

Reckitt’s shares have leapt 5.2% in morning trading to 6,274p this morning on beating the market’s sales expectations.

Footfall in January was 1.2% up on a year ago in January, according to the BRC/Springboard Footfall and Vacancies Monitor

The figure is significantly above the 2.2% decline seen in December, and its best performance since January 2014, excluding Easter distortions. Footfall in retail park locations increased 5.2% year-on-year, its best performance for two years. High Streets reported their first rise in footfall since July 2013, excluding Easter distortions, and was significantly ahead of December’s 4% decline.

The national town centre vacancy rate was 8.7% in January 2016, down from the 9.1% rate reported in October 2015. This is the lowest reported rate since the organisation began reporting the data in July 2011

Helen Dickinson, BRC chief executive, said: “The improvement in shopper footfall witnessed in January provided a timely and welcome fillip to retailers at the start of the year, with retail parks once again recording a stellar performance. Indeed, this was the best overall footfall performance for two years, and well ahead of the 3-month average.

“The further reduction in the shop vacancy rate is encouraging, more so against a backdrop in which online retailing is becoming increasingly popular. However, the fact remains that one in every eleven retail premises in our town centres lies empty. The current business rates system, in which rates bills only ever seem to rise, is wholly inadequate to the task ahead and so it is imperative that the Chancellor capitalises on the conclusion of the review next month to introduce a system which flexes with economic conditions and leads to a substantially lower tax burden.”

Also this morning, FTSE 100 UK property firm Hammerson has reported a rise in full year pre-tax profit to £731.6m from £702.1m last year. Gross rental income increased to £236m from £206.5m driven by strong letting demand in its UK shopping centres. It achieved 400 during the year, representing 2.3% like for like growth in its net rental income.

The FTSE 100 has had a strong start to the week, following up Friday’s rebound by rising another 1.8% to 5,809.4pts this morning as investor nerves have been calmed over the prospect of a Chinese stock market crash.

Reckitt’s full year results this morning look like the major FTSE 100 grocery/fmcg update in the UK this week, but there’s still a smattering a of international results to come including full year results from Nestle (NESN) and Walmart (WMT).

The Swiss food giant will release its full year numbers on Thursday along with Asda-owner Walmart which will update the market on its fourth quarter performance.

In economic news, Tuesday brings us UK inflation figures with UK CPI standing at 0.2% and under pressure from falling oil prices. UK unemployment figures are out on Wednesday, which the official UK retail sales figures from the ONS for January are out on Friday.