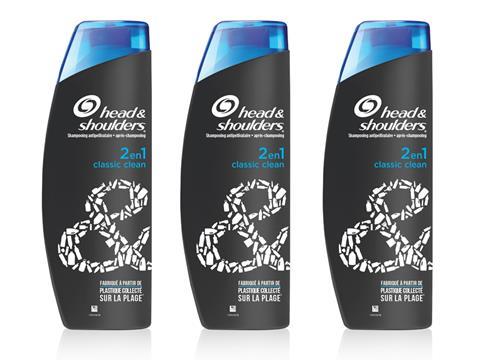 Procter & Gamble (PG) looks to have successfully fended off the attempt by activist investor Nelson Peltz to win a seat on the consumer giant’s board after one of the biggest ever proxy battles witnessed in the US.

The Gillette, Head & Shoulders and Oral-B maker said that based on a preliminary vote count, shareholders voted to elect all 11 of P&G’s directors to the board, with Peltz denied a place after months of campaigning to shake up the group.

“P&G’s board and management team thank P&G shareholders for their support, input and participation throughout the proxy contest,” a P&G statement said.

“We are encouraged that shareholders recognize P&G is a profoundly different, much stronger, more profitable company than just a few years ago. The changes the company has made are broad based and delivering results. We look forward to continuing our transformation journey. We are committed to meeting the needs of consumers with our brands and products, and to creating value for P&G shareholders.”

Shares in P&G initially fell by more than 2% after it announced the result before clawing back most of its losses to close down 0.5% at $91.62.

Trian Partners, where Peltz is CEO, have built up a $3.5bn stake in P&G this year, which represents a stake of about 1.5%.

Peltz launched his attack on the group for failing to adapt to changing consumer tastes, resulting in years of weak organic growth. P&G hit back, questioning Peltz’s record at consumer companies.

Peltz has disputed the result in interviews with the US media last night, saying the vote was “too close to call”.

The results of the vote are still considered preliminary until final results are tabulated and certified by the independent inspector of elections.

The CMA has said this morning that it was considering accepting the offer by Vision Express to sell stores causing competition concerns in the merger with Tesco Opticians. The deal watchdog identified three local areas earlier this month where competition could be lessened because of the deal. Vision Express offered to sell a store in each of the three areas to get the deal approved.

The CMA now has until 7 December to decide whether to accept the undertakings, with the possibility to extend this timeframe to 6 February 2018 if it considers there are special reasons for doing so.

Tesco agreed to offload the non-core asset back in April. Tesco Opticians operates in 206 stores across the UK and three stores in the Republic of Ireland, as well as online, employing about 1,500 staff.

McColl’s (MCLS) fell 1.1% to 266p, recovering heavier losses earlier in trading, as rival convenience group Nisa announced it had recommended a £143m bid from The Co-op to shareholders.

Whitbread (WTB) jumped 1.2% to 3,896.8p after it announced that Costa took full ownership of a South China joint venture for £35m.

Greencore (GNC) fell another 1.9% to 186.8p on the same day ready meal maker Bakkavor revealed its formal intention to float.