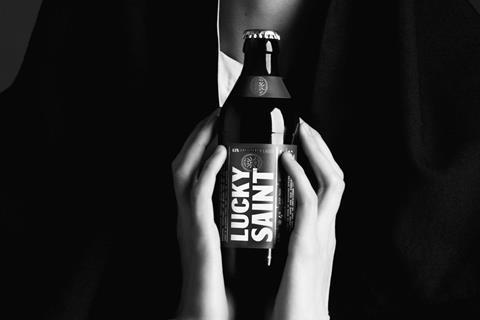 Lucky Saint would use the funds to increase brand awareness and drive trial within retail, as well as “investing in people and marketing”, having increased its team from five to 18 members last year, its founder Luke Boase told The Grocer.

“Ultimately [the money will be used] to increase awareness and drive trial. We are a proper omnichannel business operating across off-trade, on-trade and e-commerce so we’ll invest across all channels.

“We find that one benefits the other. For example, we’ve got a big push behind taking draught national in the on-trade, and that in turn will have a serious impact on rate of sale across all of our channels,” he added.

The business, which was set up in 2018 by Boase, saw its revenues surge 300% last year, despite losing 70% of its volume overnight when the UK on-trade shut down with the first lockdown.

Boase said: “Hospitality venues all shut so we put our energies into our other channels. The e-commerce business grew so quickly that we were actually doing more weekly revenue by the first week of April last year than we were pre-Covid.

“We lost 70% of our business and then two weeks later we’d actually grown. And that was really driven by direct-to-consumer.”

It also increased its retail presence last year, expanding its Sainsbury’s listings to 500 stores as well as adding Tesco and Ocado to its stockist list.

Boase said the investment from “such an esteemed group of investors” was ”the culmination of the incredible work that the team have done to grow through such difficult times”.