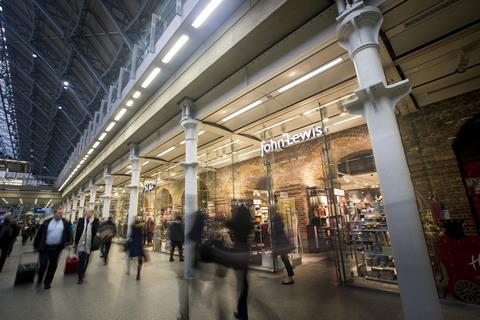 Boots and John Lewis announced more than 5,000 job losses on Thursday and a fresh round of store closures, as the coronavirus crisis continued to batter the UK high street and other sectors of the economy (The Financial Times £). Boots and John Lewis have announced plans to cut 5,300 jobs and close stores on another bleak day for the UK high street (The Guardian). High street chain Boots and department store chain John Lewis are cutting a total of more than 5,000 jobs - blamed on the impact of COVID-19 (Sky News). The moves come amid warnings that new economic support from Chancellor Rishi Sunak will not be enough to stop millions of workers losing their jobs (The BBC).

John Lewis is to close eight shops including the Birmingham and Watford department stores, putting 1,300 jobs at risk. The employee-owned retailer said the eight shops were already financially challenged before coronavirus, which had accelerated the switch to online shopping (The Telegraph). The retailer said the permanent closures were necessary to ‘secure the businesses’ long-term future and respond to customers’ shopping needs (The Daily Mail).

Sharon White’s radicalism at John Lewis is sorely needed, writes Nils Pratley in The Guardian. “The Birmingham decision suggests her full strategic review will go further than thought. How many of the remaining 34 department stores will be long-term survivors?”

Alex Brummer in The Daily Mail writes: “Sharon White is having a baptism of fire at John Lewis. As a partnership organisation, it is held to higher standards of governance than other retailers… Personal experience suggests that John Lewis has catching up to do compared to rivals such as Amazon and Dixons during lockdown.”

Boots is to cut 4,000 jobs after its American parent company wrote down the value of the British health and beauty chain by $2bn (The Times £). Boots will sack more than 4,000 employees - about 7% of its workforce - and close almost 50 Opticians stores in response to a dramatic decline in footfall following the coronavirus outbreak (The Telegraph). The company, which has 2,465 stores, said it was accelerating a restructuring plan after sales at its main Boots outlets dived 72% and sales at Boots Opticians dived 48% during the high street lockdown imposed to prevent the spread of coronavirus (The Guardian).

The troubles afflicting department stores, which have also been hammered by online rivals, has brought painful consequences for centre owners. The turmoil has accelerated the pain felt by shopping centres and they continue to underperform the rest of the sector. (The Times £)

The cost of household staples, ranging from meat and cheese to school uniforms and drinking glasses, will substantially increase if there is no Brexit trade deal, British retailers have warned (The Guardian). Cheddar cheese subject to 50% tariff in no-deal Brexit, warns trade body - The British Retail Consortium has launched a report suggesting Britain will face tariff costs of 20% on average in a no-deal scenario (The Telegraph).

The number of people going out shopping started to recover last month as lockdown restrictions eased, but it remains well below pre-coronavirus levels. (The Times £)

The reopening of pubs and restaurants in England and Northern Ireland has boosted the UK economy, but unofficial data show spending remains depressed — and helps explain why chancellor Rishi Sunak threw a lifeline to the sector in his summer statement on Wednesday. (The Financial Times £)

Wall St has mainly viewed Uber’s deal for Postmates as the latest step in the consolidation of the US food delivery market. But according to a source familiar with the deliberations, Uber’s board was also attracted to what Postmates refers to as its “delivery-as-a-service” platform — the white-label service for retailers wanting to offer same-day delivery. (The Financial Times £)