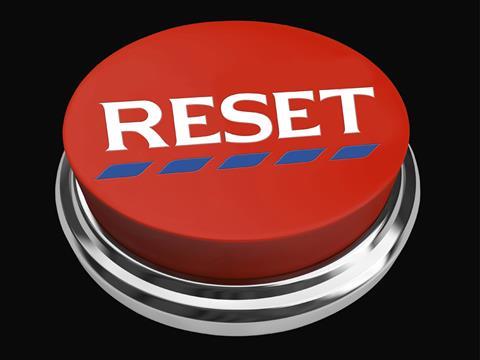 A job cull at Tesco has garnered widespread coverage this morning. Up to 10,000 jobs are at risk as Dave Lewis wields the axe in an attempt to turnaround the beleaguered retailer. The Telegraph reports that up to 6,000 jobs will go from Tesco’s head offices and the 43 stores which closing, while the rest of the jobs are at risk from a “dramatic overhaul” of how the company runs its stores. (The Telegraph)

The Times says of the 10,000, 4,000 managers could lose their positions. They would be offered alternative roles but might not receive the same pay. (The Times £)

The scale of job losses as a result of the management changes could be “less than feared” as Tesco hopes to find other roles for some of those staff, according to Guardian sources. (The Guardian) (The Financial Times £)

There is a new rider in the race to become Tesco’s next chairman as former Tory MP Archie Norman enters the running. Norman made his name turning round Asda in the 1990s and now chairs the board of ITV. The Sunday Times understands him to be in talks to succeed Sir Richard Broadbent. (The Sunday Times £)

Private equity firm 3G Capital has been linked to an “audacious” £75bn takeover bid for brewer SABMiller. The firm is run by Jorge Paulo Lemann who had a hand in the creation of AB InBev, which was formed when InBev acquired American brewer Anheuser-Busch in 2008 for $46bn. No formal approach has been made, according to The Daily Mail, and the two parties declined to comment. (The Daily Mail)

3G Capital came under the media limelight when it teamed up with Warren Buffet’s Berkshire Hathaway for the $23bn takeover of Heinz in 2013. Press speculation has been rife in 2015 about the firm’s next mega deal, with claims 3G was raising a new multi-billion pound takeover fund. Kellogg, Coca-Cola, Mondelez, McCormick, PepsiCo and Campbell Soup were all thought to be on the firm’s hit list. (The Grocer)

The Tories’ election campaign team should be feeling pleased this morning after the Confederation of British Industries (CBI) upgraded its forecast for the UK’s economic growth this year as low oil prices gave cheer to consumers and businesses. The business lobby group now expects the UK economy to expand by 2.7% in 2015, compared with its November forecast of 2.5%. It credited a combination of low inflation and improvements in employment for the increase. “Volatility” in the eurozone, with Greece and the Ukraine a particularly concern, remained a risk to growth, however. (BBC) (The Guardian)

Withdrawal symptoms are kicking in for e-cigarette companies, reports The Financial Times. Growth in the market is losing pace as users search for quicker and better ways to gain their nicotine hit. The paper quotes analysts blaming rising competition from customisable vaporisers, stagnant usage rates and a stream of research questioning their safety for the slowdown. (The Financial Times £)

There is more woe on the horizon for UK dairy farmers as the current crisis in the industry means more cows than ever could be sent for culling this year, according to The Times (£).

Nutella owner Michele Ferrero has died aged 89. The billionaire’s business is famous for its chocolate-hazelnut Nutella spread, Ferrero Rocher chocolates, Kinder eggs and Tic Tac sweets. The chocolate empire had made Ferrero Italy’s richest man. He died on Saturday at his Monaco home after months of illness, according to the company. (BBC)