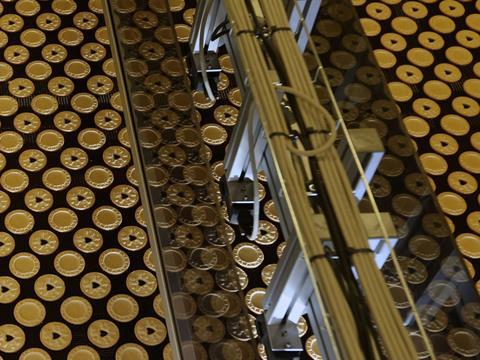 Consumers are facing higher bills for their weekly grocery shop as EU red tape and the commodities boom threaten to push up the cost of food, experts have warned (The Telegraph). Consumers could face more expensive shopping bills in the autumn as costs climb and Brexit red tape increases (The BBC).

The boss of JD Wetherspoon has called on the prime minister to introduce a visa scheme for European Union workers as British pubs and restaurants struggle to recruit staff in the post-pandemic labour market squeeze (The Times £). UK manufacturing is growing at its fastest rate for almost 30 years as the easing of lockdown unleashes pent-up demand, according to a survey (The Telegraph).

UK manufacturing is growing at its fastest rate for almost 30 years as the easing of lockdown unleashes pent-up demand, according to a survey. (The BBC)

The maker of KitKat chocolate bars has said that it is working to update its nutrition and health strategy after a leaked Nestlé document acknowledged that more than 60 per cent of its food products were unhealthy. (The Times £)

Krispy Kreme plans to float on the US stock market after a five-year gap, with sales of its doughnuts soaring as customers treated themselves during the pandemic. (The Guardian)

A New Zealand-based supplier of upmarket mixers that is aiming to establish itself as a global No 2 to Fever-Tree Drinks is set to list on Aim with a market value of £30m. (The Times £)

Morgan Stanley cut Marks & Spencer, the high-street stalwart, to “equal weight”, reflecting that, the shares have risen 26% this year compared with a 9% jump for the wider market, while it is trading on a valuation multiple of 13 times forward earnings, a 17% premium to its five-year average. (The Times £)

Britain’s community pharmacies face being decimated by the rise of online giants like Amazon Pharmacy, industry leaders have said. The pandemic has pushed customers to go online to get medicines, intensifying competition for the small pot of NHS money. (The Daily Mail)

A criminal organisation that is probably based in Russia was behind a ransomware attack that has disrupted animal slaughtering at JBS, the White House said based on information from the world’s largest meat processor. (The Financial Times £)