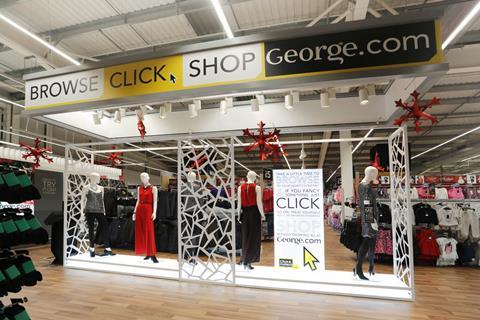 Asda is cancelling orders and reneging on full payments to clothing suppliers, despite enjoying record food sales and a taxpayer windfall worth hundreds of millions of pounds (The Times £). Asda has cancelled orders and cut payments to its clothing suppliers despite supermarkets being one of the few types of retailer permitted to remain open during the coronavirus lockdown. (The Financial Times £)

Supermarkets are squeezing fashion suppliers for discounts and cancelling orders despite booming food sales. (The Telegraph, The BBC)

The government has announced a £1.25bn package to support innovative new companies that are not eligible for existing coronavirus rescue schemes (The BBC). The Chancellor has revealed a £1.25bn scheme to protect innovative companies who can “power our growth” following the coronavirus pandemic. (Sky News)

The government will invest in some of the UK’s most innovative start-ups as part of a £1.25bn bailout plan for venture capital-backed businesses struggling to survive the coronavirus lockdown (The Financial Times £). ‘This new, world-leading fund will mean they can access the capital they need at this difficult time,’ the Chancellor said. (The Telegraph)

The government’s furlough scheme has opened for applications, with business groups warning that delays in payments could be catastrophic for British companies (Sky News). A government pay scheme to keep staff on the payroll despite not working due to coronavirus has gone live (The BBC).

A new coronavirus bailout scheme that could cost billions of pounds is being drawn up by ministers to channel bigger loans to companies teetering on the brink of collapse. (Sky News)

Small companies dependent on overseas sales have been locked out of the government’s emergency support package, ministers have been warned (The Times £).

Pret A Manger, the food-to-go chain, plans to launch a coffee range in supermarkets this month as it tries to adapt its business to the world after coronavirus. (The Financial Times £)

The national lockdown has led to an 83% drop in shopper visits to bricks-and-mortar stores. (The Times £)

The Competition and Markets Authority has scrapped its investigation into Amazon’s $500m investment in Deliveroo after the delivery firm warned that it would go bust without the money (The Times £). Britain’s competition body has provisionally cleared a major investment in the online food delivery firm Deliveroo by multinational giant Amazon, arguing that it will stop the fledgling business from going under (The Daily Mail).

Amazon will tell the world soon just how much money it has made from the “unprecedented demand shift” to its site from millions of people under lockdown conditions around the world. (The Guardian)

Uber is reviving an attempt to offer deliveries of goods as well as people and food, as it searches for new sources of revenue during the coronavirus outbreak. (The Financial Times £)

Britain will run out of industrial freezer space for food within two weeks, industry chiefs have warned. (The Telegraph)

The survival of Britain’s high streets will be decided in “weeks rather than years”, warned retailers and landlords, as they pleaded for government help with rent (The Financial Times £).

Landlords are this week ratcheting up the pressure on businesses to pay rent during the lockdown by issuing winding up orders even against the likes of Poundstretcher and Matalan, who between them employ 14,000. (The Telegraph)

Debenhams’ administrators are weighing up a legal challenge to absolve them of responsibility for its rent bill, in a move that could lead to more high street collapses. (The Times £)

Hundreds of restaurants will be at risk of bankruptcy within days unless landlords are banned from calling in debts, industry chiefs have warned. (The Telegraph)

A City analyst has put a target price of 0p on the shares of Intu Properties, warning that the indebted shopping centre owner “is fast approaching the end of the road”. (The Times £)

Experts predict that mass brands — ranging from Coca-Cola to Cadbury and Oxo — will enjoy a resurgence as shoppers search for something familiar in times of uncertainty. (The Times £)

Tinned tomato suppliers are rationing stocks to supermarkets after demand in the UK surged more than 30% and threatened to use up supplies ahead of this year’s harvest. (The Guardian)

A quarter of UK dairy farms have become financially unviable because of falls in milk demand and prices, the National Farmers’ Union has warned (The Financial Times £). The shutdown of swathes of the economy has plunged Britain’s £121bn agri-food industry into a state of flux. Abrupt changes in consumption patterns have forced many farmers to sell at below the cost of production or throw away produce (The Times £).

Vending machines for the Sunday roast, fish to your door and salads grown in car parks – British farmers and food producers are finding new ways to get their produce to the table during lockdown, changes that may yield benefits long after restrictions ease. (The Guardian)

While there might be no flour in the supermarkets, the mills are full of it. It is not finding its way onto store shelves because millers are not able to fill enough of the 1.5kg bags that supermarkets want quickly to meet record levels of demand. (The Times £)

Altria, the tobacco company behind the Marlboro brand, said chief executive Howard Willard is leaving after less than two years at the helm, a tenure marred by a troublesome investment in e-cigarette maker Juul Labs. (The Financial Times £)

British American Tobacco is facing an investor backlash by pressing ahead with a 9.5% pay rise for its chief executive even as many large companies cut top salaries in response to the coronavirus pandemic. (Sky News)

Consumers are doing more laundry, cleaning and other chores in the coronavirus lockdown, giving the household products stalwart Procter & Gamble its biggest quarterly US sales uplift in decades. (The Financial Times £)

A craft beer maker in Stoke-on-Trent will next week restart brewing for the first time since the coronavirus pandemic struck, despite a complete shutdown of Britain’s pub industry. (The Telegraph)

There could be a shortage of beer and fizzy drinks in the US as supplies of carbon dioxide from ethanol plants run low. (Sky News)