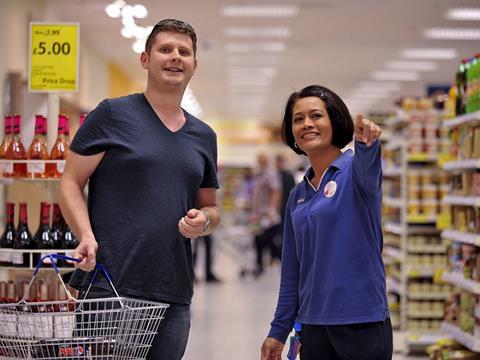 Shop staff at Tesco are being asked to wash floors, scrub toilets and windows after the supermarket axed contract cleaners in nearly 2,000 outlets. The grocer asked staff in 1,920 smaller Metro and Express shops to take on new tasks from August 24, despite the new heightened concerns about hygiene (The Times).

Face masks will be introduced to takeaway shops, with customers to be required to wear a face coverings whn picking up their orders at sandwich counters or restaurants under new rules to be announced on Friday (The Telegraph).

Britons have spent an average of £800 each during lockdown to “cheer themselves up”, splashing out on smartening up homes and gardens and entertainment (The Telegraph). Lingerie and summer dresses also contributed to the £40.6bn spent during the pandemic with shoppers turing to “retail therapy” to feel better (The Telegraph).

Deliveroo has ended a nine-month search for a permanent finance chief appointing Adam Miller, a former executive at Expedia, as CFO. Miller has been at the delivery firm since 2019, holding the CFO role, on an interim basis, since October (Sky News).

Only a quarter of eligible cafes, restaurants and pubs have signed up to the government’s eat out to help out scheme, due to roll out from August. Among the most notable names, Costa, Burger King, McDonald’s, Harvester, Nando’s, Pizza Hut and Wetherspoon will be offering half price meals to customers next month to encourage a return to eating out (The Guardian).

Vimto maker Nichols has become the latest business to restore its dividend scrapped in March because of coronavirus uncertainty. The company has declared a 28p-a-share interim dividend despite a slump in OOH sales during the pandemic (The Times).

Mexican restaurant chain Chilango, who previously offered “Burrito Bonds” to fund expansion, wrote to investor to inform them it was near appointing administrators after failing to recover from the coronavirus crisis. Among the options, the 12-site chain is exploring a sale (The Financial Times £). More than 150 jobs are on the line at the Mexican food chain, which after having been hit hard by lockdown rules has now only reopened half its 12 outlets (The Telegraph). Small investors who plunged millions into the burrito bond scheme could lose most of their money after the chain announced it was preparing to call in administrators (The Guardian, The Times).

Home improvement retailer Kingfisher is forecasting higher first-half profits after a surge in DIY projects among European homeowners led to a good performance during lockdown (The Financial Times £). The B&Q owner has seen online sales rise over three times the level recorded in the same period last year (The Telegraph). Kingfisher said sales were up by over 21% from the end of April ”reflecting strong e-commerce growth and the phased reopening of stores in the UK and France” (Sky News). Following the strong performance, Kingfisher said it will refuse the goverment’s bonus to bring back furloughed staff, following similar announcements from Primark and John Lewis (The Times).