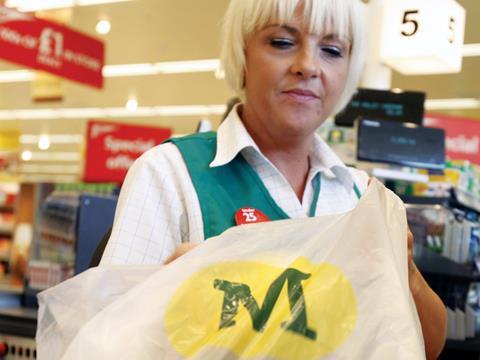 Morrisons has offered to rehire former employees who may lose their jobs as a result of the expected administration of My Local, the convenience store group it sold last year.

Morrisons said it would offer jobs to all employees who had worked for it before the sale after My Local filed a notice to appoint administrators. Bosses of Morrisons said that My Local’s woes had left them “saddened and disappointed” and that they would “welcome our former colleagues back” if no buyer took over the chain (The Financial Times £, The Guardian, The Times £)

Sir Philip Green and supermarket chain Morrisons have offered comfort to nearly 2,700 high street workers facing job losses this summer. Topshop tycoon Green is to offer 1,000 BHS staff jobs at his Arcadia empire after the department store collapsed in April. Bradford-based Morrisons has offered jobs to staff who work at convenience chain My Local, which is facing administration. (The Daily Mail)

Tesco is to open a major new distribution hub in Poland, ending speculation the grocer was gearing up to abandon the Eastern European market. The new centre will be located in Poznań in the centre of the country and will be Tesco’s main warehouse for the region, servicing 140 of its stores from September. (The Telegraph)

Associated British Foods, the conglomerate behind Primark, was the biggest faller on the FTSE 100, missing out on a wider market rally, after a big American investment bank raised concerns about slowing sales at the discount retailer (The Times £). A top City analyst warned the budget retailer Primark might fail to generate any like-for-like sales growth this year – something that hasn’t happened in more than a decade and a half (The Daily Mail)

The shopworkers’ union has urged Marks & Spencer to open talks as long-serving staff have been told new contract terms will be imposed if they do not voluntarily sign up to pay and pension changes that could leave them thousands of pounds out of pocket. (The Guardian)

Archie Norman, the former boss of Asda, is to return to the British retail sector to advise on the turnaround of Homebase under its new owners Wesfarmers. The Australian company bought the DIY chain from Home Retail Group at the start of the year and promptly ousted its entire board following the £340m deal and replaced senior staff with its own team. (The Telegraph)

More than a quarter of Whitbread shareholders have staged a revolt against the re-election of Sir Ian Cheshire as a non-executive director of the company, after the former Kingfisher boss missed three of its board meetings last year. (The Telegraph)

The owners of BHS charged hefty fees on short-term loans raised at triple-digit interest rates as the retailer battled to raise the cash it needed to stay afloat (The Financial Times £). Meanwhile, documents released by the parliamentary inquiry this week offer a glimpse of what a former racing driver Dominic Chappell — who had never before worked in retail — did in exchange for the £2.6m he says he took in payments connected to BHS. (The Financial Times £)

The FT has a piece on Treasury Wine Estates, looking at how the company fought off private equity bids. (The Financial Times £)

Amongst the raft of this morning’s Brexit articles are “Pound hits year’s high ahead of Brexit poll” (The Financial Times £), “City banks tell clients to prepare for Brexit chaos” (The Times £) and “Banks’ secret Brexit fallback dossier” (The Telegraph). The Guardian looks at Brexit from a food industry point of view, writing: “Remain campaigners say EU has been vital for British agriculture but others – including some on the left – label it unhealthy and destructive”.