Over half of UK shoppers shop seafood based on sustainability 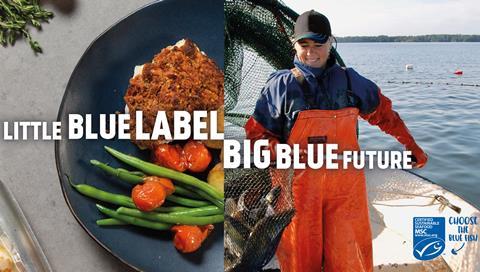 “High levels of concern” over the state of the oceans led more than half of UK shoppers to change the way they chose and bought seafood last year, new research by the Marine Stewardship Council has revealed.

Some 52% of 600 shoppers polled by independent insights consultancy GlobeScan said they had changed the way they shopped in 2019, with one in five switching to a brand or product which said it helped the oceans or fish.

The surge in consumer awareness was reflected in a 21% increase in spend on MSC-certified seafood in 2019 to £1.1bn, according to the NGO’s own data. This ­represented almost a third of all UK fish and seafood sales.

However, 31% of ­shoppers feared their favourite fish would be off the menu in 20 years’ time, rising to 37% of 18 to 34-year-olds, warned the research, which was published to coincide with World Oceans Day on Monday.

The NGO also marked the event with the launch of a new marketing campaign, titled Little Blue Label, Big Blue Future – to encourage more consumers to switch to seafood certified to its ‘blue label’ standard.

“With overfishing, climate change and pollution putting increasing pressure on our oceans, the choices we make as consumers have never been more important,” said MSC programme director for UK & Ireland Erin Priddle.

“It’s clear UK seafood shoppers really do care where their seafood comes from and how it is sourced, and many are changing their purchasing habits in a bid to help safeguard our oceans.”